…Click the above picture get the full story of what it’s about and how it will work.

Here is a brief rundown of how it will work in short:

Seriously, see the announcement post I linked to above for the full story. For once, Blizzard was blunt in saying the intent with WoW Tokens is to put 3rd-Party Gold Sellers out of business. Permanently. Add WoW Tokens to the revamped Heirloom System AND Paid Boost and you have ZERO excuses for dealing with 3rd-party sites. Having bought Gold in the past from a 3rd party site, at the very least you stand to make at least 20,000G per Token. That’s enough to buy the Traveler’s Tundra Mammoth (16,500G with Exalted Reputation with Kirin Tor) or all of the mats needed to make the Vial of Sands or all the mats needed to forge Shadowmourne.

Or…you get the point XD 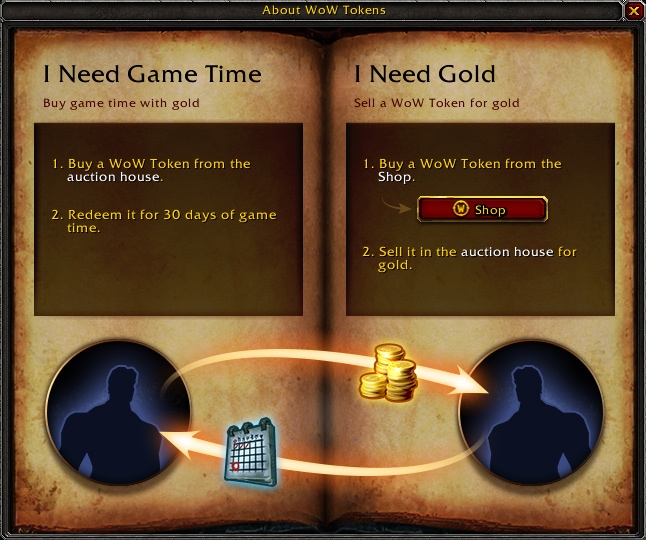 …I would be all for this if I still played WoW.

This isn’t enough to bring me back to Azeroth, either. Mostly because Anime Boston is 30 32 days away so…yeah. Priorities and all that (LOL!). As for after…well, I have at least 3 more Vita Games I plan to buy in April (or sooner if I get my Tax Refund later this month).

That and I’m loving the time I have been spending on things other than WoW. I know folks can balance life and WoW at the same time. I certainly could and did. In the end, I decided the time I’ve spent playing WoW over the last 3 years didn’t justify staying subbed. Since my Account is never deleted AND is behind an Authenticator, I’m set.

As for if I would come back later this year, my answer is a definite no. I have WAY too much going on this year to seriously consider it XD