EDIT 6/13/2015: In light of today’s interview I have added more content starting with the second picture and revised some of what I originally said.

Fresh off the heels on Blizzard announcing Draenor would be a No-Fly Zone, the Devs have no only reversed the decision but they have laid out how to make it happen.

* Denotes I haven’t gotten this achievement myself yet.

For this announcement to be made now and with so much detail as to how to unlock flying, I assume Patch 6.2 will be released within the next 3 weeks at the most. I think it’s also a sure bet the next expansion will be announced at Blizzcon. Keep an eye on MMO-Champion in the next few months!

Oh and this will only need to be done ONCE: Once you unlock flying with one char, you will be able to fly on Draenor with ALL existing and future level 90+ Chars on Draenor.

In light of the estimated time needed to hit Revered with the three new Tanaan Jungle Factions, I am not going to renew once my existing subs run out and here’s why: Rep Grinding in WoW is painfully slow and repetative by design. I was fine with the other requirements but given my priorities going into this summer, I’m done until the next expansion is released. That’s WAY TOO LONG given the next expansion is probably going to be announced at BlizzCon this fall. I simply can’t justify spending a almost month’s worth of time rep grinding to be able to fly on Draenor.

It made sense back in Wrath with the Argent Tournament but there was a variety with the daily and weekly quests. You also had other options in terms of how you wanted to rep grind (Dungeons and Raids). With WoD it’s literally “You must Rep Grind and it will take you three weeks to become Revered.” Nevermind it being required to use flying mounts on Draenor: I was unsubbed for most of MoP BECAUSE OF the Rep Grinds. There is no justification for it. The intent is to give the illiusion you’re working over a period of time. Phased Questing, which was introduced in Wrath did a much better job in this regard. Since then, Rep Grinding has become staple for non-Raid endgame content in WoW. I’m done.

I just leveled a character to 100 for the second time since getting WoD thanks to the Heirloom Tab earlier this week. In light of some nerfs coming to both the Salvage Yard and Gold-Reward Garrison Missions, I’m going to try to level three chars to 100 in the next two weeks. Then I’m done with WoW for the rest of the year.

As an aside I do like to raid but I’ve been retired from raiding since the end of Cataclysm. With the way the WoW Community is these days, I was right to just focus on th leveling experience and soloing older content. That’s where the fun is for me. 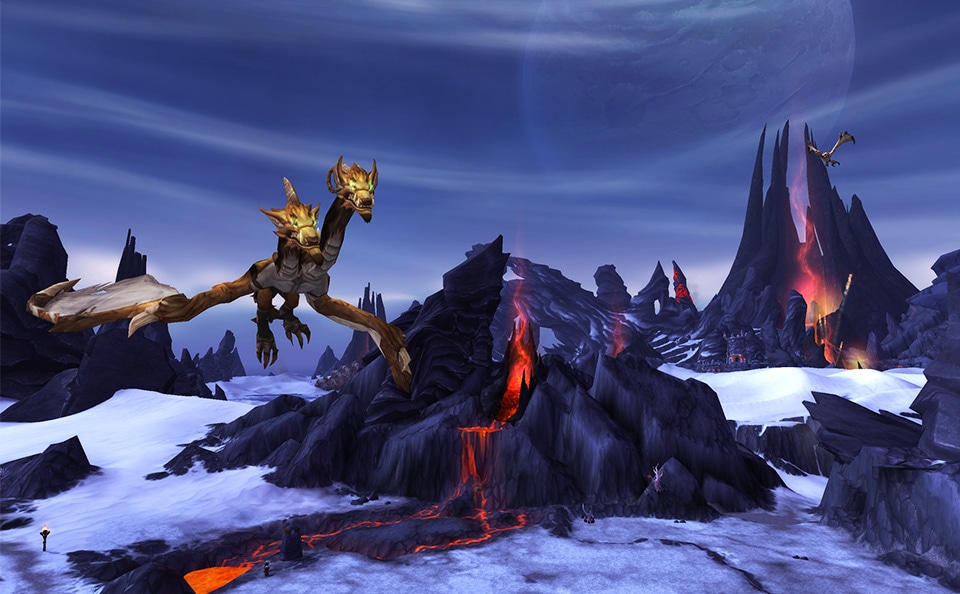 Ion Hazzikostas of the Blizz Dev Team held a live interview this afternoon. This is what he said on the subject of Flying as recapped by MMO-Champion:

I commented on the parts I bolded above.

Even so…yeah. Speaking of Rep:
Reputations

Again, no justification. Just a cheap way of making people play longer doing the same thing every day. As someone on MMO-Champion noted a short time ago, the trick is to not disclose how long a grind will take. Instead, you let players figure that out on their own. This is going to backfire and backfire HARD. The timing was no accident: E3 starts on Sunday. Most gamers will be busy following E3 coverage. Once it’s done, attention will return to today’s interview. Blizzard has alot ot answer for and to alot of people, too. Once the non-Forum Playerbase finds out, they’ll let Blizzard know.

As of right now, I am definitely not resubbing either of my accounts. Before I revised this blog post, I wouldn’t have thought twice about adding 90 days ($41). This bit of news confirms the decision to not resub. I have other priorities I need to focus on over the next two months.