Movies based on Video Games: A History of Disappoinment for Gamers 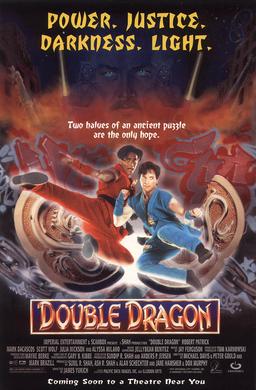 …I’m pretty sure these posters look familiar to all gamers. ALL of them represent one disappointment after the other for various reasons DESPITE the star talent cast in ALL of them. Bethesda put it best in an interview Gamespot shared yesterday: The creative liberties taken to make the movie marketable and fit within a 60 to 90 minute film do more harm to the source material than help. Bethesda made these comments in reference to their repeat inquiries from movie studios to do movies based on their Elder Scrolls and Fallout series.

Naughty Dog and Blizzard greenlit movie adaptations of The Last of Us (2013 Game of the Year) and WarCraft: Orcs and Humans. In both cases, the source companies are working with Legendary Pictures (The studio doing both films) to make the films as close to the video games as possible. Given the history of video games made into movies, there is obvious pressure from both gamers and both industries (video games and movies) to FINALLY get it right.

Let’s take the first three movies listed above as an example. Like I mentioned before, all of them have established actors in lead roles. No issue there as you want someone who knows how to act. They also go with an original storyline to avoid messing with the canon of the source material. A very smart move. So far, so good.

Now we get to the problems these movies and many others have: The plot and the script are one of two extremes or both: Laughably over the top (Street Fighter and Tomb Raider) or tries to be funny and fails epically (Super Mario Bros. and Double Dragon).

Honestly, I liked Street Fighter up until the climax (Bison and Guile’s fight) the first time I saw it. Not taking anything away from Raul Julia given it was his final film as an actor (a bad decision on his part he later admitted) but he was the wrong person to play Bison. It should have been a more physical actor who could keep up with Van Damme. After watching it a second time, I saw the film for what it was: A cash grab. Thankfully, Super Mario Bros. was so BAD, Nintendo distanced itself from the movie. THAT movie…I’ll give ’em credit for actually RELEASING it and thinking folks would like it. It was everything folks DIDN’T want to see prettymuch. Same with Double Dragon, which was clearly making fun of the video game it was based on.

Tomb Raider and its sequel were interesting films. At the time they were made, Universal Studios was aware of the track record in regards to video games being made into movies. They took the low road and just focused on making Lara Croft look good. Mission accomplished. That’s really all they did though the first movie is the only film in which Angelina Jolie-Pitt and her father Jon Voight do a movie together. It also helped Angelina was familiar with the Tomb Raider games herself and fans felt she was the best person for the role.

Let’s move on to a film that left audiences scratching their heads:

…My reaction after watching this one was “What the hell did I just watch?” When the film was announced by Square-Enix, everyone assumed it was the long asked-for FFVII movie adaptation. Squeenix said “Nope, it’s not base on any current or future franchise”. And it bombed. HARD. The only good thing that came from it was it served as a blueprint for James Cameron’s Avatar: It was the first blockbuster film done entirely in CGI.

The problem: There was NOTHING Final Fantasy about it! No Chocobos, no Moggles, nothing. It was just a space horror drama that happened to be titled Final Fantasy. Squeenix thought it was taking the high road like Super Mario Bros. did by going with an original storyline. They got burned BAD by fans for it. Squeenix prefers to pretend this movie never existed now (LOL) and gave us Advent Children a few years later as an apology.

Now let’s go to a film many people say got it right. Surprised? I was too when I heard about it:

Released one year after the legendary video game franchise was unleashed on an unsuspecting world, the first Mortal Kombat movie still stands as the highest-grossing video game based film ever made. No other comes close though the WarCraft movie will probably surpass it if most expectations are met. The Mortal Kombat movie did a few things none of the other movies before and after it did: Its plot was loosely based on the first game. B-Rank actors (at the time) were cast as the major characters. The focus was on getting the characters right first and foremost.

It worked. The first MK movie struck that hard balance between being clearly recognizable to fans of the video games (MK3 had just been released on the Genesis and SNES when the movie hit theaters) and being marketable to non-gamers. The first MK movie showed it’s certainly possible to do both well. It brought in more fans, in fact. The second MK movie (Annihilation) was 2 steps back: They tried to do too much in it. No fault of theirs given it was based on MK3: MK3 introduced 3 new types of finishers: Friendship, Animality and Babality. Annihilation used Liu Kang’s Animality at the end of the movie. Looking back, I like to say both movies were what cemeted Mortal Kombat as a part of pop culture. They may have also played a role in Nether Realm buying the franchise.

Now that we’ve looked at the past, let’s look to the future:

Easily one of the most anticipated movies of 2016 and the most anticipated by gamers and Blizzard fans. Expectations ALONE are why many think Blizzard revived its plan to make a movie based off its legendary franchise two years ago. A trailer was shown at BlizzCon last year for those who were there. Those who saw it said they think it will stay true to the source game, Warcraft: Orcs and Humans. Should be interesting and yes, I plan to see it when it comes out next year. Just in time for my birthday =D