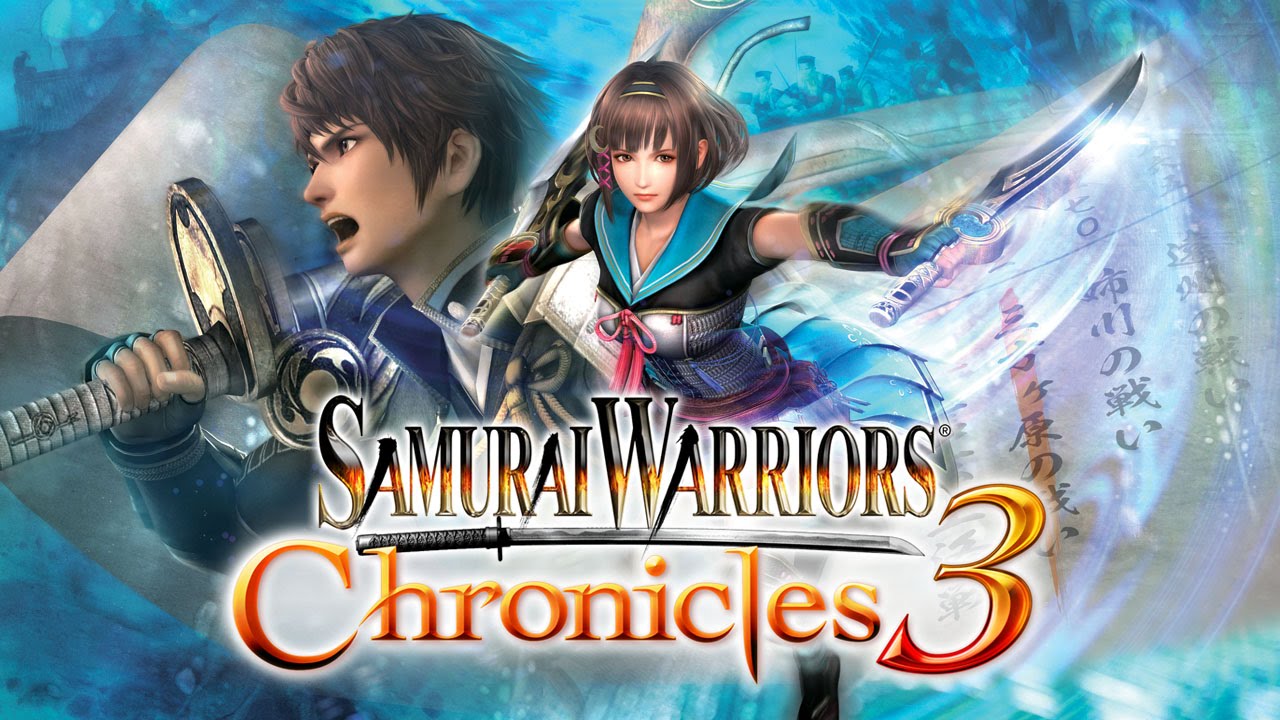 I spent most of this month playing the 3DS Devil Survivor games (Overclocked and Record Breaker). I actually bought this game the day after it was released for the Vita. It was released for the 3DS at the same time. It might be considered an odd decision given I have the first Samurai Warriors Chronicles (henceforth SWC for short), which was a 3DS launch title and was in fact one of the two 3DS games I bought with my Ambassador 3DS (the other being Super Street Fighter IV). I had extra incentive to buy the Vita version and I’ll get to that in a bit.

Before I continue, I want to let folks know this game is digital only and currently sells for $40. If you are unfamiliar with Samurai Warriors or its more known big brother Dynastasy Warriors, it’s an action-strategy game in which you are basically a human lawnmower. The Chronicles games–whose Create a Warrior feature has since been incorporated into SW3 and SW4– puts the Player-created character in the middle of the Sengoku Era’s (the Warring States Period) legendary battles.

Those who played the SWC will have a shorter learning curve. The first time you start up the game, you’re prompted to create your warrior. Unlike the first game, you’re not permanently locked into the gender-exclusive Great Sword (Male) or Twin Blades (Female). In fact, once you clear the canon storylines the gender-exclusive weapon you don’t have (Twin Blades or Great Sword) and the other gender will be unlocked as a Playable Character.

Another returning feature is the Bonds Mechanic. In the first game, once you max your bond with a character, you could use their weapon with your Custom Character. That’s been expanded upon and there’s an extra feature to make capping Bonds much easier.  Those who played Warriors Orochi 3 Ultimate (Wii U, PS4 and Vita) probably remember the Tea House. It’s baaaack! The Tea House can be used to increase the bonds with up to 6 people (once you max out the Tea House to level 10 with Gold). In addition to using their weapons, Tea House Events–fun and/or interesting skits involving the cast that have no baring on the game’s Story Mode–are unlocked as you raise your friendship with canon characters.

If you need more incentive to raise bonds, it’s how you unlock the Alternate Routes. First introduced in the original SWC, have you ever wondered what would have happened if certain famous battles went differently? What if Mitsunari beat Ieyasu at the Battle of Sekigahara? What if Shingen and Kenshin put aside their rivalry and took on Nobunaga? These and several other “What if it ended this way instead” Paths are unlocked by viewing Story Events and maxing bonds with the necessary Officers. In addition you must also clear the canon versions of the corresponding battles and seen the canon versions of the corresponding events.

I have seen all but two so far but I’ve unlocked them all. My personal favorite is the one where Nobunaga fakes his death after Honnoji (the one where Kanbei shows up to help), decides to retire as and becomes a farmer. Just too funny XD

All of the characters introduced in SW4 are back as well. In addition, the legendary Musashi Miyamoto and his rival Kojiro Sasaki have a (minor) role in the game’s story mode. Musashi joins the Tachibana army to help defeat the Shimazu while Kojiro joins the Shimazu during Hideyoshi’s time. In addition to this, according to some images I found on the internet Lu Bu from Dynasty Warriors, Sun Wukong and Orochi from Warriors Orochi make cameo appearances from their respective games in this game’s Challenge Mode. I haven’t seen them myself though from what I’ve read they’re definitely there. Among other things.

Overall I give SWC3 a 10/10. It’s such a solid game and has alot of replay value with a massive roster to boot. It’s also one of those games some folks don’t admit to enjoying. LOL.

Gameplay Footage from the 3DS Version.

Gameplay Footage from the Vita Version.

…Now back to obvious question: Which version do you buy? If you only have one console, buy the one for your console. If you have a 3DS and live in the US, this is only the fourth Warriors game released in the U.S. on a Nintendo console: The first was released on the Nintendo DS, SWC was the second and Warriors Orochi 3 Ultimate for the Wii U was the third.  SWC2 was released on the 3DS but only in Japan as an enhanced title. If you played the first one then it’s all the more reason to get SWC3.

Those who have a Vita AND DLC content from Samurai Warriors 4 have the added incentive I mentioned at the top: If you bought certain DLC content for SW4, you can download its SW3 equivalant for free: Costumes, Custom Parts, Horses and other stuff. Not everything mind you but it does get you alot.

The mechanics between each console is identical. The only difference is the resolution–the 3DS has 2 screens while the Vita has one. This was why I got a screen from both versions so you can see for yourself. I have SWC for the 3DS. It’s easier to direct the 3 Officers you’re not controlling with the 3DS but it’s faster to swap on the Vita. Instead of looking down you just glance to the left and click their portrait. Everything else gameplay wise is exactly the same between the two consoles.

Speaking of DLC, there’s alot of it. The two most expensive actually make the most sense to buy up-front: The Edit Parts Bundle is $24 and the Special Costumes Bunfle is $30. Pricey for aesthetic content but in the end it would probably cost less to buy them all in bulk. The Scenario Set and the Horse Set are both $10. Unlike SW4 you can’t buy everyone’s Ultimate Weapons. If I remember right, the SW1 costumes DLC bought in SW4 can be downloaded free in SW3. The SW1 costumes can only be worn by the officers who were in said game.

…It goes without saying if you like SWC3, the nezt game in the series depends on what console you have. If you have a Vita, PS3 and/or PS4, get SW4, WO3U and DW8XLCE. There is cross-save between them so…yeah. Warriors Orochi 3 was originally released on the Xbox 360 just so you know. I got it when it was first released a few years back of course. WO3U was first released on the Wii U as well. If you have a 3DS, get the first one, which is the only one of the games I listed so far that doesn’t have DLC.

I also wrote reviews for all of the games above so click the banner for the game you wanna know more about. A new window will open.