A followup interview with more details was posted by Icy Veins. I have updated this post to reflect that. You’re welcome =D

Click here go to to the official site. Click here to go to MMO-Champion’s coverage of the full press release made at Gamescom.

I kept my mouth shut on the subject but there’s been a tone of rumors and fake leaks all over the internet even since Blizzard announced they would reveal the new expansion at Gamescom last Sunday. Three ended up being true: Demon Hunters being a new playable class, Dalaran being involved and the Legion being the central theme.

I watched the announcement video and the rollout presentation as the happened. I was  impressed with the presentation itself: They revealed just the right amount in my book. Not too much but not too little. Enough to hype fans and enough to give those not happy with WoW to take a second look. As I’m sure everyone at MMO-C is doing, what wasn’t said will be the subject of much speculation until the next round of reveals.

Here’s a few that jumped out at me: 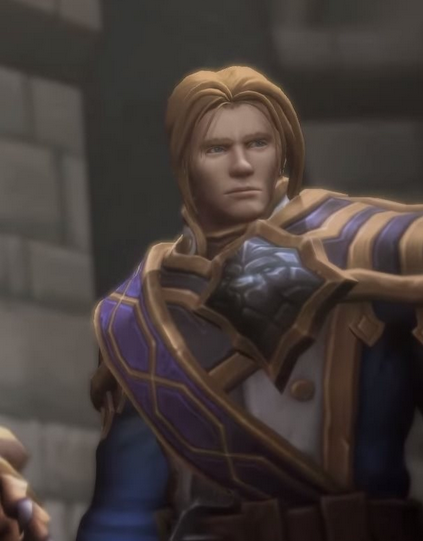 Those who played in Vanilla and BC were introduced to Anduin when he was but a child and not of age to assume the throne in Varian’s absence. He grew into a young man in Cataclysm, helping you uncover the Twilight Hammer’s influence in Stormwind. He was waylaid on Pandaria and hasn’t been seen since he was gravely wounded by Garrosh. Now, Anduin is clearly an adult and if the info about him on the official site is to be believed, something happens to his father. He’s in the opening cinematic. Based on the snow around him and the sword sheathed at his back, he’s somewhere far from the Legion. I have my own speculation that I’ve shared on MMO-C.

All in all, Legion will be an epic expansion. Some fans have said it could even be the final major expansion. If it is, it would be QUITE the sendoff. Even if that does happen, I’m sure WoW will be like Everquest: It will be around for decades to come and will continue with new lore over time XD

I, for one would welcome it if WoW went that route ^_^

Tom Chilton and Ion Hazzikostas did an interview with Icy Veins after the reveal at Gamescom. Some major reveals I think are worth repeating:

Aaaannd there you have it. It sounds like Blizzard is going out of its way to make every spec feel and work differently from each other. Hunters are the most obvious example of this but the same could easily be said of Rogues, which also have three DPS Specs. The Druid Feral/Guardian split in Cataclysm made it a 4-Spec Class but in exchange, each spec feels very different from each other.

I will update this post again after the Q&A Session on Sunday.