Nintendo confirms Wii U production in Japan is ending “Soon”

…I’m probably the only person who was legit surprised by the news Gamespot confirmed over the weekend.

Kotaku reported two weeks back Nintendo was ending production of the Wii U. Originally released in November 2012, the Wii U failed bombed hard on both sides of the Pacific. The console sold 13 million units worldwide–a fraction of the 101 Million its predecessor, the Wii sold. Gamespot not only confirmed the Wii U is being phased out but there will be no more shipments to North America. The wording used was “No more shipments to North America are planned for the fiscal year” but we should assume the console’s being phased out completely in favor of the Switch (formerly called NX), which will be released in March 2017.

While the Wii U was a bit less of a gmmick compared to its predecessor, it’s easy to see why it failed so epically. The name ALONE begged that it not be taken seriously. The other problem with the name choice: The non-gamers who didn’t know the Wii and the Wii U were two different consoles. In almost every trip I took to Gamestop, I saw confused parents walk between the Wii games (which you can play on the Wii U) and the Wii U games (which you CAN’T play on a Wii), confused as to why they were both named “Wii” if they were different consoles.

It didn’t help the Wii U has a lineup mostly saturated with ports and HD Re-releases of older games (The Wii U was Nintendo’s first HD console). The Vita had the same problem on that note (LOL). It also didn’t help Nintendo 3DS consoles did most of what the Wii U did better to the point several noteworthy Wii U games have been getting ported to the 3DS (Hyrule Warriors says Hi ^_^).

Between the 3DS and the Wii U, the handheld was clearly Nintendo’s main cash cow since its release back in 2011. I have two 3DS consoles and around 100 games between them so I’m not complaining (LOL!). At the end of the day, gamers just weren’t feeling the Wii U. From what we know about the Nintendo Switch so far, it would be fair to wonder if the Wii U’s poor sales were considered acceptible losses from the beginning. The Wii U sold at a loss out the gate from the very beginning.

It’s no wonder Super Smash Bros. was released on both the 3DS and the Wii U. The same team worked on both games but the 3DS version sold more copies.The Wii U’s poor sales is also likely the real reason Nintendo asked Intelligent Systems (2nd party company that makes the Fire Emblem games) to backtrack on their original plans to release what became Fire Emblem Awakening on the Wii U and released it on the 3DS instead.

With all of the older consoles–including the Wii–it’s fairly easy to come up with a list of 10, 25 or 50 games (in the case of the NES and SNES) that you wanted to own the console just to play. The Gamecube has Tales of Symphonia, Super Mario Sunshine and Super Smash Bros. Melee. The Nintendo 64 has Goldeneye 007, Banjo-Kazooie and Ocarina of Time. The SNES has Super Mario RPG, F-Zero and Donkey Kong Country. The NES has Techmo Bowl, anything Super Mario Bros. and Contra.

I could easily list at least a dozen more for all of those consoles. The Wii U? Skyward Sword (rumored to be getting ported to the floundering New Nintendo 3DS), Super Smash Bros. Wii U (3DS version has sold more copies) and Mario Kart 8 (lowest-selling game in the franchise). So, yeah. It looks like Nintendo is starting to cut their losses with the Wii U and putting it all on the Switch.

Nintendo can make all the new Hardware they want but it won’t mean a thing unless they backwater online networking system. The eShop (and the WiiConnect24 before that) is the most restrictive system compared to everything else out there. You’re basically punished for owning multiple hardware. I have two 3DS consoles but have two Nintendo IDs because it’s one ID per 3DS + Wii U pair. I have two Vitas, too but I don’t have the same problem. Don’t even get me started on iTunes and Android/Google.

I’ll say it again: As long as Nintendo insists on punishing gamers for owning multiple consoles–making transferring data and games between consoles 1-way and tedious–the Switch will be doomed to fail from the start.

I’m speaking mostly to the Virtual Console games if you wanna talk specifics. The Nintendo 3DS doeesn’t have Game Boy Advance games. The Wii U does even though it’s a CONSOLE emulating HANDHELD games. The New Nintendso 3DS can play SNES VC games but if you have a Wii or Wii U (or a SNES console), that means little to you. Early reports say Game Boy Advance, Genesis and select Nintendo DS games will be added to the New Nintendo 3DS (as a reminder, the 3DS family consoles are 100% compatible with physical Nintendo DS games).

To those who only care about the present and future of console gaming, think about this: The Playstation 2 was the first console to have backwards comapatability with its predecessor’s physical games. The Dreamcast had a library of select Genesis, Sega CD and Game Gear games you could download and play. All three of the current gen consoles–PS4/PS4.5, Xbox One/Xbox One S and the Wii U–have both backwards compatability with their predecessor’s physical games and the ability to buy and download games from older consoles (PS1, PS2 and the original Xbox). Vita owners can also buy and download select PSP games–85% of the original library–which is more than could be said for even the New Nintendo 3DS. 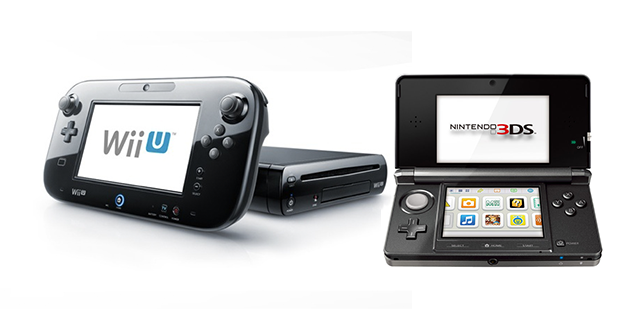 …The next 12 months will be a buyer’s market for anyone looking to get a good deal on a Wii U or a New Nintendo 3DS. I think Nintendo will try to push the New Nintendo 3DS again next year while they quietly phase out the Wii U. I bought my PS3 after the PS4 was released so…yeah. I’m mainly buying a Wii U so I can transfer Virtual Console games off my Wii, which is what I mostly use for. The Wii U was a lot of good ideas that fell far short of both investors’ expactations and gamers’ expectations. Hopefully, the Switch will fare better. At the same time, the 3DS continues to defiantly prove beyond a doubt handhelds CAN thrive despite the lucrative mobile market.