…Wednesday morning, I got to the above screen. Then I gave it a Standing Ovation. Persona 5 is easily Game of the Year 2017. I will be shocked if it isn’t considered at least. An easy 10/10 despite being delayed for 3 years.

The interesting thing: The Soundtrack for Persona 5 was released on iTunes last  week. It’s $30 for the whole thing but I’d say only 16 tracks are worth getting. Those who’ve played the game know which ones ^_^ 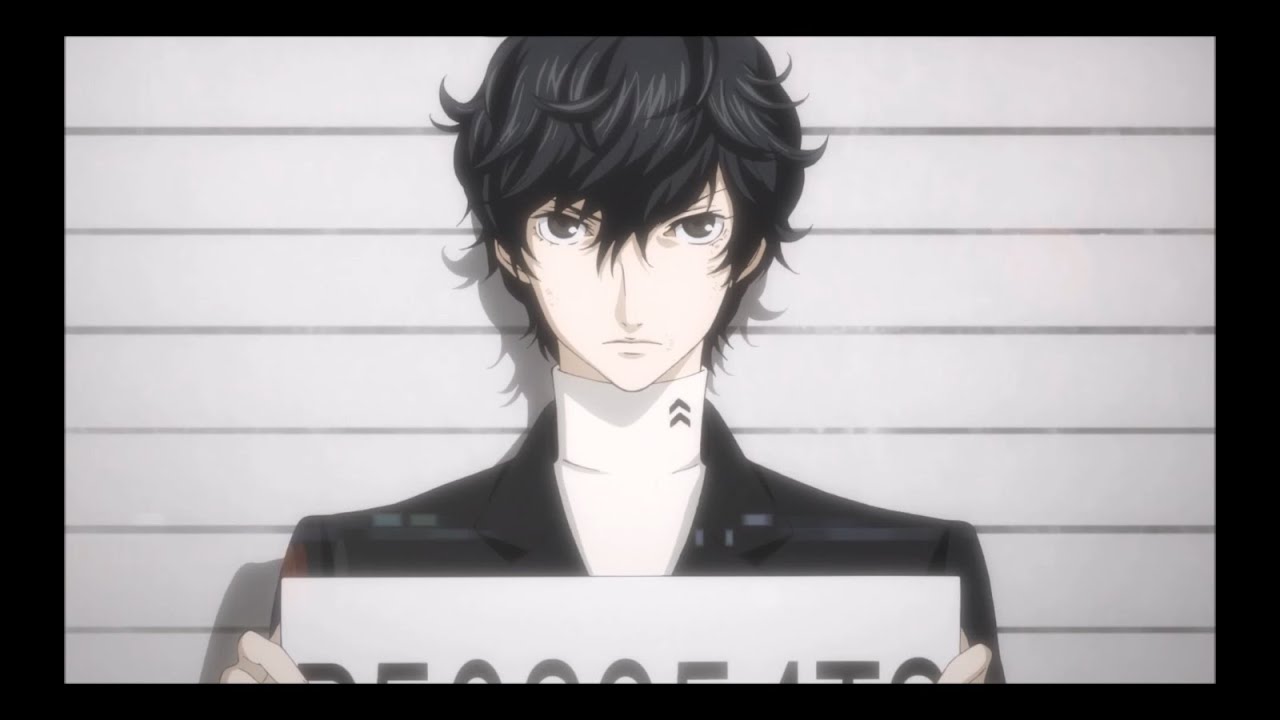 Like I mentioned in the first-look review, you play a high school student named Akira Kurusu. That’s his name for the Anime but as we know the names of Persona protagonists can vary. For example P3’s goes by Minato Arisato in the video games (Minako in P3 Portable for the PSP) but Makoto Yuki in the movies. P4’s goes by Yu Narukami in the video games and Anime but Souji Seta in the Manga.

Anyway, Akira finds out no good deed goes unpunished when he steps in to help a woman being harrassed. This act of chivalry backfires: The man Akira confronts presses charges against him for assault and Akira is put on probation for a year. Embarassed and ashamed, his parents send him to live in Tokyo. It’s later revealed the man who screwed over Akira has very big aspirations. I won’t say any more than that since I don’t want to spoil anything for those who haven’t gotten too far in the game.

As the story unfolds, Akira meets other teenagers who like him were horribly mistreated or taken advantage of by adults. They decided to work together to reform society as The Phantom Thieves:

…Going with the game’s Emancipation, Prison and Thievery themes everyone’s Personas are based on outlaws. For example Ryuji’s is Captain Kidd and Yusuke’s is Goemon, who were real people. Morgana is named for a cat owned by Arsene–the name of Akira’s initial Persona–who was a famous thief in literature.

There’s a crapton of pop culture references to go with the theme. Speaking of, the real world connections for every person the Phantom Thieves…like I said in my First Look Review it’s massively relevant to what’s going on today in the world: What can you do but rebel when the game and the rules are the game are rigged and stacked against you from the beginning to ensure you lose? You rebel of course.

Easily the main draw of the game for me. After working with Persona 3, Persona 4 and their repective spinoff games Japanese Hip Hop Artist and Persona fan Lotus Juice passed on lending his vocals to Persona 5. Lotus Juice, who actually raps in English (He grew up in New Jersey and his accent is barely noticable) explained on Facebook he wanted to enjoy Persona 5 “as a fan this time”. Turns out the soundtrack was in really good hands.

Like I mentioned at the top, you can buy the full soundtrack for $30 on iTunes, which contains 32 tracks. I bought the 16 best tracks from the soundtrack via iTunes earlier this evening. Here are just six of my favorites, all performed or arranged by Lyn (personally reccommended by Lotus Juice for the job =O):

The cover track for the game. Persona 4’s is Pursuing My True Self (Shadow World in P4 Golden) while Persona 3’s is Burn My Dread. There is also an instrumental arrangement for this track.

…Such a smooth song =O

This song plays after the Phantom Thieves send their Calling Card to a target. The Instrumental Version plays during battles. It’s blood-pumping and fast-paced arrangement goes well with when it’s used in-game.

Persona 4 has Time to Make History and Reach Out To The Truth while Persona 3 has Mass Destruction. Like both games, this arrangement was purposely chosen and composed and it’s amazing ^_^

Easily the second-best track on the album. It plays during your free time. There is also a rain variant with just the keyboard and vocals.

…Lotus Juice loved the track so much, he freestyled to it. LOL. And yeah this traclk just BEGS you rap to it ❤

It plays during special sequences in the game, most notably the  game’s opening escape sequence. It has an Instrumental arrangement as well becausse why the hell not?

…We were kept waiting for 3 years but the wait was WELL worth it. Don’t even get me started on the TIMING for the game’s release: A full month after The Legend of Zelda: Breath of the Wild and the Nintendo Switch were both released. Whoever isn’t playing Breath of the Wild will likely be playing this game. This is coming from someone who actually does have said game. LOL.

Atlus has received alot of criticism in regards to Persona 5 has received criticism for blocking gamers from taking screenshots or video of the game’s story content. There’s also the glaring problem in regards to time management when trying to work on social links: Story content forces time forward, preventing you from using time you could have used working on a social link. Things are a little easier starting in the second playthrough: Anyone you got a max social link with in the previous playthrough, you will receive items to speed up the process in the next playthrough. It’s certainly possible to max all Social Links in one playthough with some careful planning though.

P5 contains two mechanics that were big in P4 and P3: Mementos (The Tartarus in P3) and Shadow versions of people (Introduced in P4). It’s an overt nod to both games. Persona 5 also seen the return of the negotiation system, which has been absent from the Persona games for some time. The system ads an extra layer of strategy in battles. Also like Persona 3 and Persona 4 you can get in a relationship with multiple ladies. Those who dare to play around, beware: As the saying goes you reap what you sow. LOL.

A few days ago, it was announced Atlus has trademarked several new names mostly relating to Persona 5 and Persona 3 in particular. No question there will be more spinoff games but we’ll have to wait and see. Persona 5 was released on the PS3 and the PS4. Like I said in my First Look Review, I would not be surprised at all if a Vita port happens. It would be awesome to say the least!