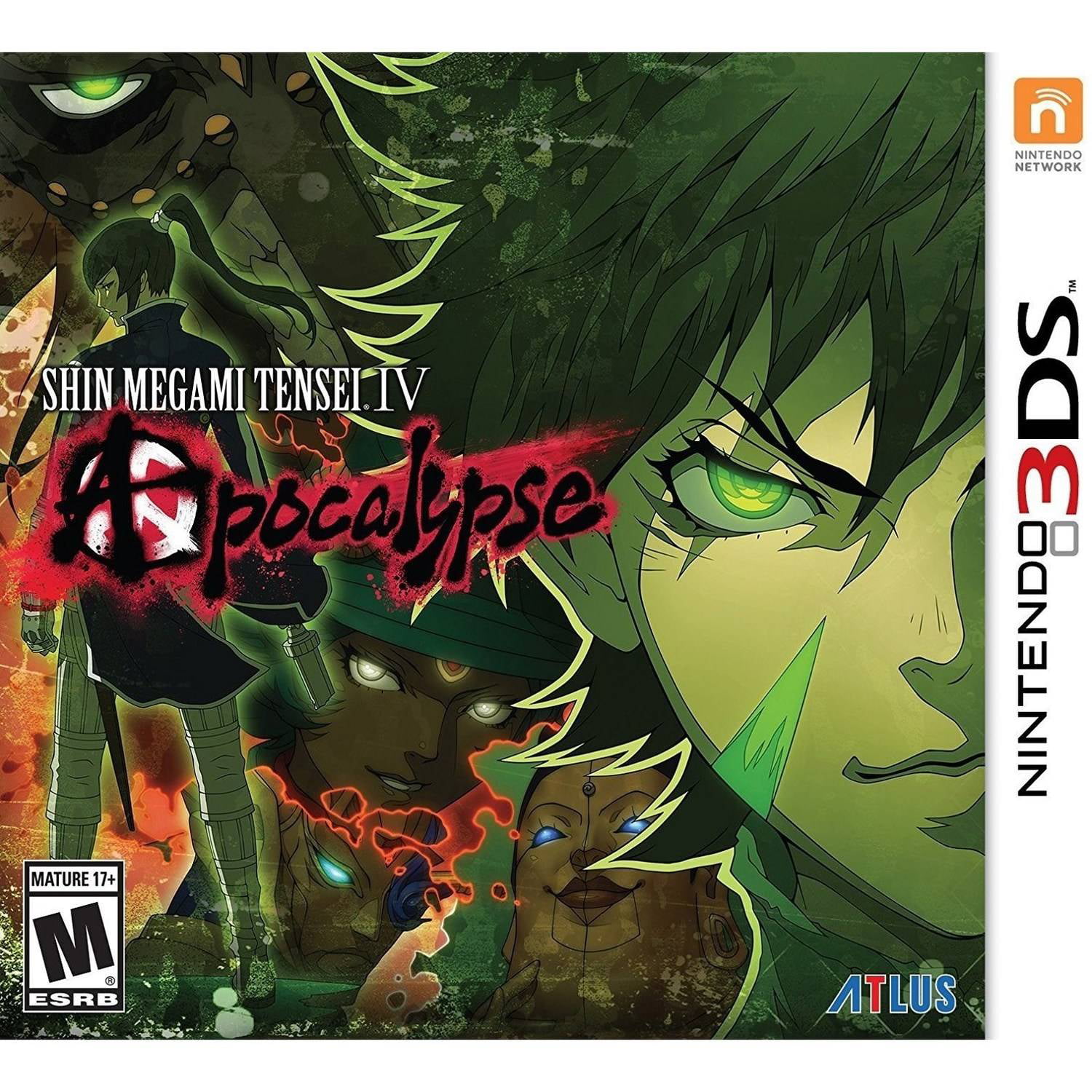 …Only a handful of times can I recall one of Atlus’ flagship RPG series getting a direct sequel. 2013’s SMTIV (also on the 3DS) getting one was a pleasant surprise.

…I do want to say this about the ending I got: Your final opponent will be YHWY. In other words, God himself. Literally.

I believe I made a comment on this this when I reviewed SMTIV and Devil Survivor Overclocked: This game has overt athiestic and agnostic overtones those who practice Christianity may find very offensive. That said, as a reminder this game is a work of fiction. Like all of Atlus’ RPGs that feature beings from not just Judeo-Christian lore but the mythologies of other religions, SMTIV:A doesnt really try to teach or persuade the player in regards to whatever they may or may not believe at the time.

Everything is for the purposes of storytelling. I can laugh at the game’s depictions of Lucifer, Satan and YHWY–not the images but how they are portrayed–because Atlus fictionalized all three characters for the purposes of the game. That and they went with the viewpoint most athiests and agnostics as well as many Christians have about God in general for YHWY’s in-game depiction. By that I mean the belief that God is the reason for all the suffering in the world in short. I’ll speak more to this mindset on My Blog on The Bible at a later time if you’re interested. By the way the game’s audio censors “YHWY” on purpose and this is a nod to the belief God’s Holy Name should never be spoken aloud. Of course, God goes by many names. Other than YHWY he is referred to as The Creator in SMTIV:A.

Like I said before, SMTIV:A takes place a year after the events of SMTIV. In addition to Flynn chosing the Neutral Path, Flynn took out the Ashura-kai and the Ring of Gaea’s leaders (both of which are required to get the Neutral Ending in SMTIV but you only have to take out one or the other for one of the other endings). SMTIV:A isn’t Flynn’s story, though. It’s Nanashi’s (Japanese for “No Name” since the protagonist is an orphan), whose story begins with death.

Nanashi is ambushed and killed by a powerful demon. On his way to the Underworld Nanashi meets Dagda, a powerful being who makes him an offer he literally can’t refuse: In exchange for bringing him back to life, Nanashi becomes his Godslayer. In other words, Nanashi will have the power to slay Gods as well as powerful Demons. Mind you, Dagda has his own reasons for doing this and they will begin to become clear when the Divine Powers are introduced. Because of this, you are not allowed to die. Dagda will simply bring you back each time (unless you play with instant Game Over at 0HP). Speaking of, toward the end of the game you will enter a dungeon where Dagda’s power to rez you will be blocked. Try not to die in there. LOL.

Like SMTIV, the game is both fully voiced and you can freely adjust the difficulty (which has no bearing on the game’s story). I always play on the easiest difficulty level until I have seen all possible endings. When I want to be challenged, then I turn up the difficulty. I’ll speak more to this in a video blog later this week.

Also like SMTIV, there is DLC. Some Free but mostly paid. Aside from the usual Macca/Levels/AP grinding maps, there are some additional quests with optional but interesting story content. Of course, it makes sense to do the story DLC aftet you’ve cleared the game at least once. Certain knowledge is assumed, after all. There is also a Demon Market Map where you can buy high-level demons. Unlike the ones use fuse, these ones are not bound by level restrictions. So, you can use them right away. Do note that there are some who are locked behind story progression and naturally, getting a few requires seeing all the endings.

The game has at least 30 hours per playthrough weather or not you use the grinding DLC Content. Unlike SMTIV, 98% of the game takes place in Tokyo. You do pay Mikado a visit at a certain point in the game so…yeah. Forgot to say this but you do not have to have played SMTIV first to play SMTIV:A. Everything relevant is explained for you prettymuch. As a reminder, this isn’t Flynn’s story but the new protagonist’s.

Overall, I gave Shin Megami Tensei IV: Apocalypse a 9/10. It’s a solid, complete RPG weather you played the first game or not. The game being fully voiced is just icing on the cake. It also directly advertises the first game for those who may not have played it. I wish there was more opportunities for both protagonists to work together but not a big deal. The religious overtones aside, it felt more with this one than the first that Atlus had to prove the 3DS is worthy of “adult-oriented” games. That’s the vibe I got anyway. There were a few over the top moments I can’t mention due to plot spoilers but they’re few and far apart.

Overall, it’s worthy of getting a 3DS just to try in my book. It’s available as both a physical game and a digital download so…yeah.