The Elder Scrolls V: Skyrim for the Nintendo Switch is coming! …After being “accidently” leaked by Bethesda when the Switch was 0fficially unveiled last year, The Elder Scrolls V: Skyrim has been confirmed to be making its way to the Nintendo Switch. You read that right: The 2011 Game of the year which won almost 100 Awards is coming to a Nintendo console! As you can see from the box art, all 3 expansions are included.

Skyrim was originally released on the Xbox 360, PS3 and PC but was later released on the PS4 and Xbox One when they were released. It is still mega popular 6 years after its initial release. It’s an RPG for those who would not play a traditional RPG series like Final Fantasy to put it simply. The game has 3 Expansions: Dawnguard (new areas and quests), Hearthfire (able to buy and furnish houses) and Dragonborn (New abilities and quests), all of which were also released for the console versions. Later releases automatically include the three expansions with the game (no downloading required).

…I myself have the PC, PS3 and PS4 Legendary Edition versions of Skyrim, which includes all 3 expansions. I haven’t finished the main story yet–yes, there is one–in any version. Mostly because I got a whole bunch of games since I bought Skyrim for the PS3 three years ago. I just remembered I should probably finish the PS3 and PS4 versions at least (LOL!). I got the PC version from Steam on sale to try a mod two years back but it’s not currently installed on my computers.

…This is one of the reasons to get the Nintendo Switch version if you have the console: It will have Amiibo Support. You can scan Amiibos to get additional gear. As of right now, we know you can scan Legend of Zelda Amiibos to get Link’s Tunic, The Master Sword and the Hylian Shield. It’s not a stretch to believe Fire Emblem Amiibos will be compatible or it will be added =O 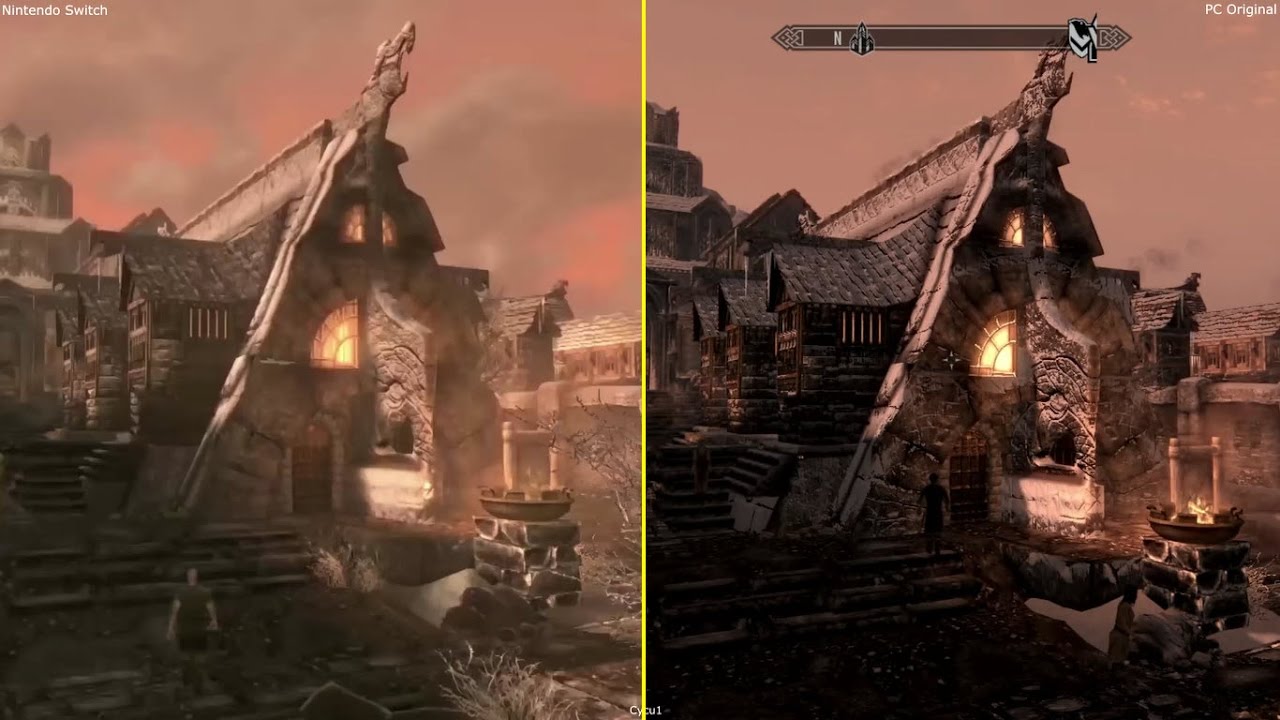 As you can clearly see from these pictures, the Nintendo Switch Version will be a significant graphical downgrade from even the PC version on the lowest settings. I do suspect this is how Skyrim would look on the Vita as well actually. It’s a question of weather you’d be willing to deal with the obvious graphical downgrade in exchange for slightly improved gameplay and portability.