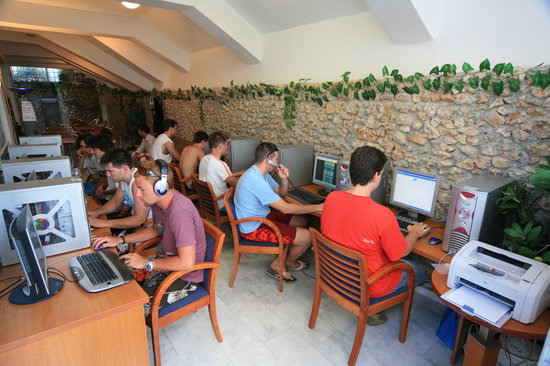 …Let’s be transparent: There are those who proritize their gaming habits to unhealthy levels, no pun intended. We’ve always known this. The fact that the World Health Organization (WHO) has officially issued guidelines for Gaming Addiction speaks to how serious the problem has become worldwide in recent years. While the linked article admits it only effects a small number of people and is limited to only certain areas of the world, the data and headlines exist to back up the need for this.

Swatting, which is exclusively associated with online gaming is the act of someone calling law enforcement on someone not in their area. The caller gives dispatch a fictional story in which the victim is or is about to put the lives of others in the house in imminent danger to get police to go to their home in force, weapons drawn. Last month, a young man who was the victim was Swatting was killed by law enforcement. For those who are wondering there was no way for Law Enforcement to know in advance the man who they killed was a Swatting victim. That’s a chance they just can’t take regardless so…yeah. Not excusing what went down, mind you.

That aside, there are PLENTY of stories worldwide in which one’s gaming habits have lead to the death of the gamer. That’s what these new guidelines are about. Gaming addiction is NO JOKE. The gaming community prefers to ignore the obvious warning signs or brush off those who make the news as “extreme examples”. The Gaming Industry does advise taking breaks and limiting playing time per day but of course, most gamers prefer to ignore the warnings.

On that note, I want to remind folks of something I’ve said more than a few times: The Gaming Industry cares about profits first and everything else second. They’re not different from anyone else in that regard and it is EXTREMELY important that folks keep this in mind. We were lucky retired Senator Joseph Lieberman didn’t get his way 20 years ago when he called for strict regulations on video games. He has been an outspoken critic of video games, pointing to what we brushed off as “isolated incidents” as reasons for it. The media is not on our side either given with every story involving a video gamr, they always use stock footage of gamers playing violent video games. This is being done on purpose of course. Timing sucks given gaming is now mainstream but…yeah.

I know how I’m starting to sound to my fellow gamers so I’ll end with this: We can no longer be silent about this. We need to stand up and voice ourselves. Gaming Addiction IS real even if it only effects a small amount of people. Like other kinds of addiction, the first step is acknowledging there is a problem. When your gaming habits consistently or drastically impacts your quality of life, some changes need to be made. Yes, I know how I’m sounding.

I posted this on THIS blog to make a statement.

I was planning to make this a separate post but I have decided to step up and say this here instead. Over the last 3 months, I have sold 5 of my game systems: My Xbox 360, PS3, Wii and both of my PS Vitas. I sold all the games for all of those consoles as well. That leaves me with my PS4, Wii U and both of my New 3DS consoles. I sold a third of my physical 3DS games for the same reason as well. I do plan repurchase a PS3 and 2 Vitas once I am financially stable again though. Same with about half of the 3DS games I sold. Oh and yes, I kept both of the 64GB Vita Memory Cards I bought via Amazon.

My reasons for selling most of the video games I had were for money and a large change in priorities. This is also why I hadn’t posted any game reviews in several months. That and I have been focusing on actually getting through my (MASSIVE) backlog of video games. The last 2 games I bought…were Pokemon UltraSun and Fire Emblem Warriors, both in December. That will have to be it until I have income. That and the change in my priorities like I said before.