I still remember the first time I watched the reveal trailer back in 2007:

…Mind you, I had been playing WoW for almost two years at the time. My then level 68 Paladin and a level 64 Warlock (now level 105 currently) were my mains, both Alliance. By the time the expansion launched, I had 4 chars ready for Northrend.

Here’s a rundown of the stuff Wrath of the Lich King introduced to the game either at launch or when it was current:

I could go on but I think that’s enough for now. 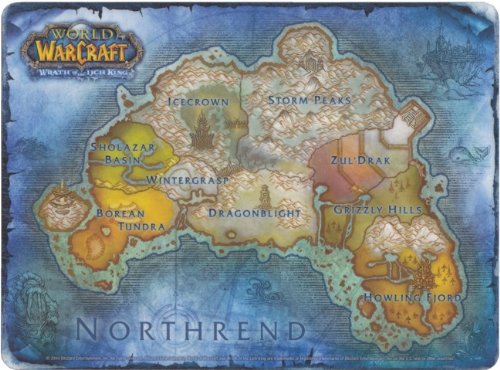 Wrath of the Lich King was easily the biggest expansion in terms of just new content both at launch and over time. Ulduar, Trial of the Grand Crusader, Icecrown and the Ruby Sanctum were all added in content patches. This is aside from the stuff I mentioned above and even more I know I left out. It was also the expansion that showed players the Devs learned from what they did with The Burning Crusade: In Burning Crusade, the intro quest zone is Hellfire Penninsula and it is shared by players from both factions. Not only that, players from both factions shared questing areas in the zone. When Burning Crusade launched, the zone lagged for weeks due to the sheer number of players trying to just quest.

The Devs learned from that obviously. Northrend has two starting areas: Borean Tundra in the West and Howling Fjord in the East. Alliance Players can take a boat from Stormwind Harbor or Menethil Harbor in Wetlands while Horde players can take a Zeppelin from Orgrimmar (the Undercity also until BFA but that Zeppelin was moved to Orgrimmar). They are cross-faction zones but the two starting zones meant you didn’t have everyone in the same place at the same time. More so given questing is set so you deliberately don’t encounter players of the other faction until much later in the zone and only if you wanted to.

Cataclysm would continue the trend of 2 starting zones with Vash’jr and Hyjal. Mists of Pandaria would have Jade Forest as the sole starting zone but the factions started on opposite ends of the zone. Warlords of Draenor had a separate starting zone per faction while in Legion, you could start questing in any zone on the Broken Isles  you wanted except Suramar, which is a max level zone. BFA, like Warlords of Draenor segregates players by faction until you reach level 120.

“….Tell them that the Lich King is dead and World of Warcraft died with him.”

Many players consider it to be the greatest expansion ever and mostly because of the Lore around the expansion’s main antagonist. First introduced in the RTS game Warcraft III: Reign of Chaos, Arthas went to the Dark Side when he took up Frostmourne. He returned home from Northrend only to murder his father and lead a grim campaign across Lordaeron and Quel’Thalas. He would then return to Icecrown and become the Lich King before disappearing from memory for two years lorewise. The Scourge Invasion pre-event marked his return to Lore as the Lich King.

Arthas was an iconic lore character and it’s easy to compare him to another Fallen Hero: Anakin Skywalker, later known as Darth Vader. 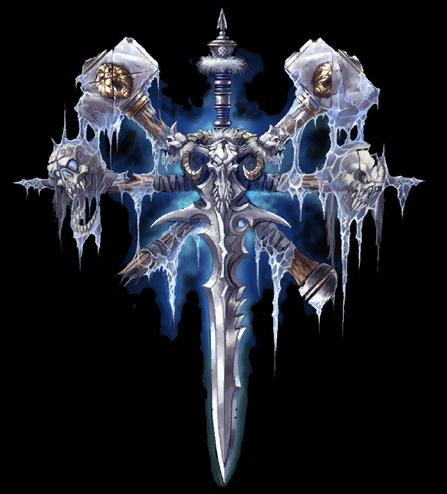 The Scourge was at their most powerful under the Lich King Arthas. They not only controlled the continent of Northrend but also the Plaguelands (formerly eastern Lordaeron), Stratholme, almost half of Quel’Thalas and even Razorfen Down in The Barrens. That’s aside from Naxxramas and Acherus as well. The current Lich King and Jailor of the Damned is nowhere near as powerful as his predecessor but clearly the groundwork was laid during the Death Knight Order Hall Campaign for the Lich King to make a comeback down the road.

A question often asked today is what if The Lich King prevailed at Icecrown? Well, we know The Cataclysm would’ve happened regardless so there’s that. Obviously the Scourge Champions who fell and were then raised by the Lich King at Icecrown would be sent to Stormwind, Orgrimmar and the other Faction Capitals to conquer them in the name of the Lich King. When the Cataclysm happens, the Lich King will direct his now even stronger forces to take the fight to Deathwing and the Twilight Hammer. With the Horde and Alliance defeated by the Scourge, the Lich King would direct his Champions to conquer Pandaria. Since Garrosh Hellscream never went to AU Draenor, the events of Warlords of Draenor and Legion never happen.

…All that said, it would be fair to say the Scourge will make a return sometime down the line. It’s just a matter of time.