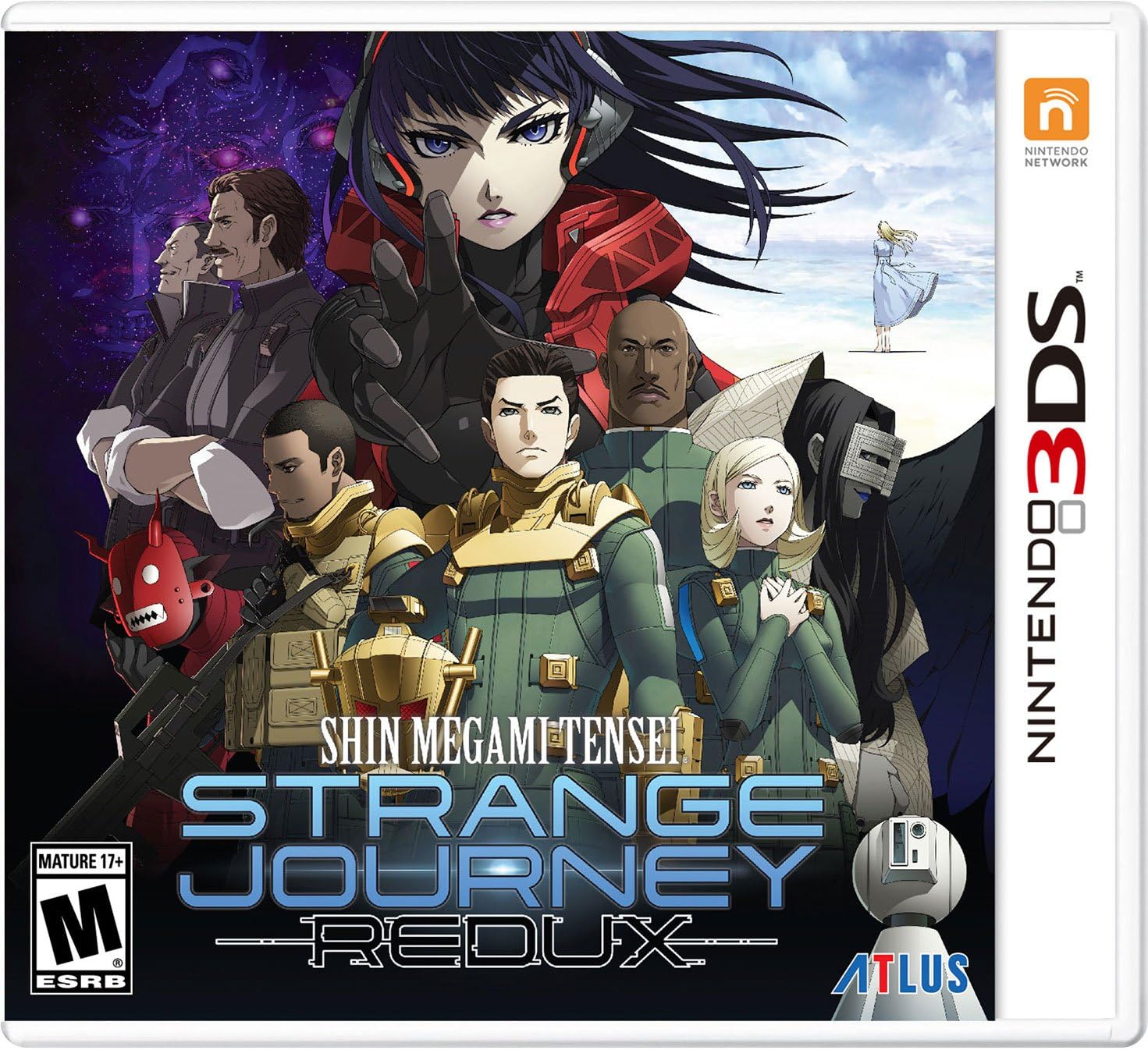 By now I’ve grown used to Atlus releasing enhanced versions of their games on the 3DS, PS4 and Vita. Unlike most Shin Megami Tensi, Persona and Etrian Oddyssey fans, I haven’t played the original versions until after the fact if at all. For example I got the Nintendo DS version of Devil Survivor after getting the 3DS version. Same with Persona 4 (Vita, then PS3 version).

…Strange Journey, on the other hand: If you played the DS Version, I can’t justify shelling out the $20 to $30 for the 3DS Version even for hardcore fans. The reason is the new variants of the 3 endings–one for Law, one for Neutral and one for Chaos–require completing the 100% optional extra dungeon added to Strange Journey Redux, which itself requires clearing the game up to the final dungeon to fully complete.

You are introduced to the extra dungeon after this woman nukes you and your team for no explained reason: 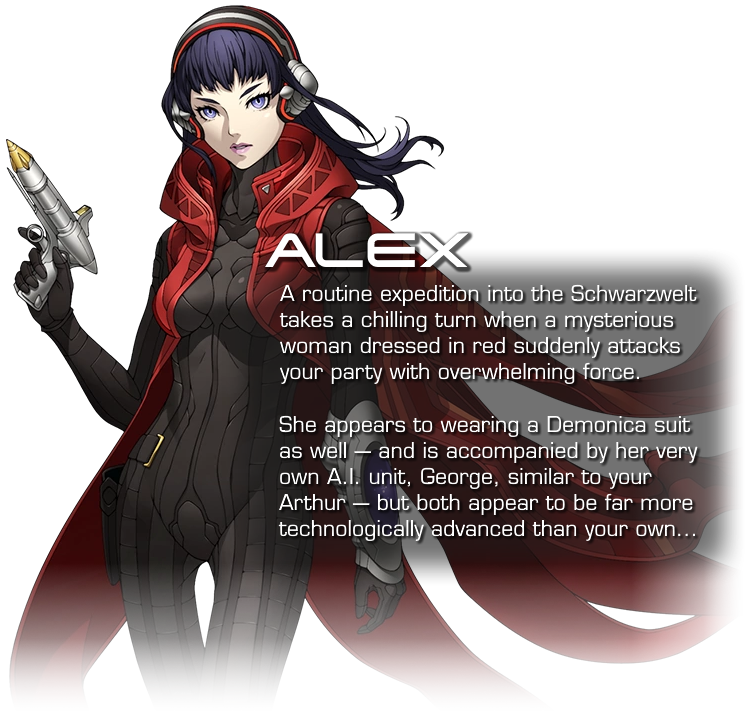 Her reasons for targeting you and later Jimenez are never actually revealed. It’s implied she’s from the future and has gone back in time to kill you, Jimenez and Zelenin to prevent the game’s ending from happening for reasons never revealed. You encounter her twice while playing the game normally. The first time is after you beat the boss of the second Sector, Bootes. She attacks you and kills you (along with your summoned demons) and you wake up in the 3DS-exclusive Womb of Grief. It’s got 6 floors that become accessible as you clear the canon dungeons. The second time is right after you beat the game’s final boss. She will attack you again only that time she’s killable. Other than those two times, you don’t see or hear from her at all during the course of the game outside the Womb of Grief.

Now granted there are Forma and Demons exclusive to the Womb of Grief but once you’ve fully cleared it once, you kinda don’t need to again and more so if you save before the “Ending Choice” moment without having hard locked yourself into the Chaos or Law Endings. Without spoiling the plot, story choices you make after the third dungeon will push you to one of three possible Endings like the other Shin Megami Tensei games:

The Redux versions of all three endings make the Law and Chaos endings feel less…extreme compared to the original versions. The catch is you will have to clear the Womb of Grief to see the Redux Endings. My advice? On your 2nd or later playthrough, play the game as if going for the Neutral ending up until just before the “Ending Choice” moment, clear the Womb of Grief and then make 3 Save Slots–one for each ending. That way, you can see all 3 endings without having to do 3 full playthroughs. Of course, if you’re past the “Ending Choice” moment you have no choice but to clear the Womb of Grief and see the Redux Ending for your chosen Path. 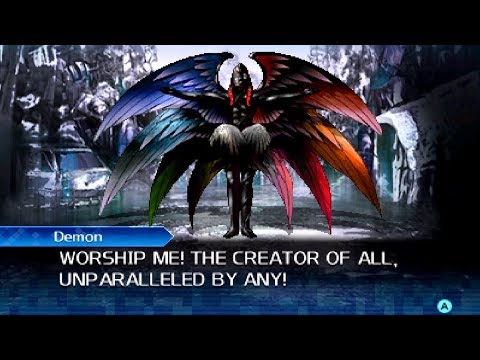 As I have said in my reviews of other Shin Megami Tensei games, the views and dialogue throughout the game may be considered offensive or uncomfortable to those who consider themselves Christian. It’s likely why most of the Shin Megami Tensei and Persona games have the Mature rating, among other reasons.

I forgot to mention this before but there is DLC in the 3DS version. Just the usual EXP and Macca-boosting items, gear and Sub Apps. There is Hit-All Sword and Fire/Ice Gun you can download that will carry you through most of the game. Did I forget to mention both weapons are Free? All the paid DLC you can buy for $8 as a bundle or individually. I always get the DLC simply to mitigate grinding especially for the first playthrough so I can get to level 99 and thus get access to high-level demons to add to the compendium for summoning in New Game+.

Speaking of New Game+. Like most Shin Megami Tensei and Persona games, you have the option of carrying over everything or a few things or nothing after clearing the game. Strange Journey Redux is no different.

Before I forget, I give Strange Journey Redux a 7/10. If I played the DS version before it, I would have given it a 5/10 instead. Like all the Devil Survivor and Shin Megami Tensei games, it does have replayability in completing the Compendium as well as seeing all the endings. This is definitely NOT a game for beginners and more so if you’re lookinng at doing the Womb of Grief. There’s alot of backtracking those who’ve played the Etrian Oddyssey games might be used to so if you’re looking for a straightforward game, this one is not for you.

If you like games like this, I reccommend Devil Survivor Overclocked and Etrian Oddyssey V for the Nintendo 3DS. I also reccommend Persona 5 if you have a PS4, All three made by Atlus of course. Speaking of Persona 5…