Stella Glow: A game so nice, I bought it twice …Not gonna lie, I bought my second copy digital just for the digital-exclusive 3DS Theme:

The theme features the 5 witches on the top–Hilda, Lisette, Popo, Sakuya and Mordimort–and Popo’s pet Bubu on the bottom. I bought a physical copy a few years ago and use it on my Red 3DS. I bought the digital version for my Ambassador 3DS. It’s a Stratedgy RPG with the flow and mechanics of a Visual Novel. There are 31 playable characters with one who leaves after a certain point and another who requires certain conditions that must be met to get them.

Here’s an overview of the playable cast and in some cases, their predecessor: 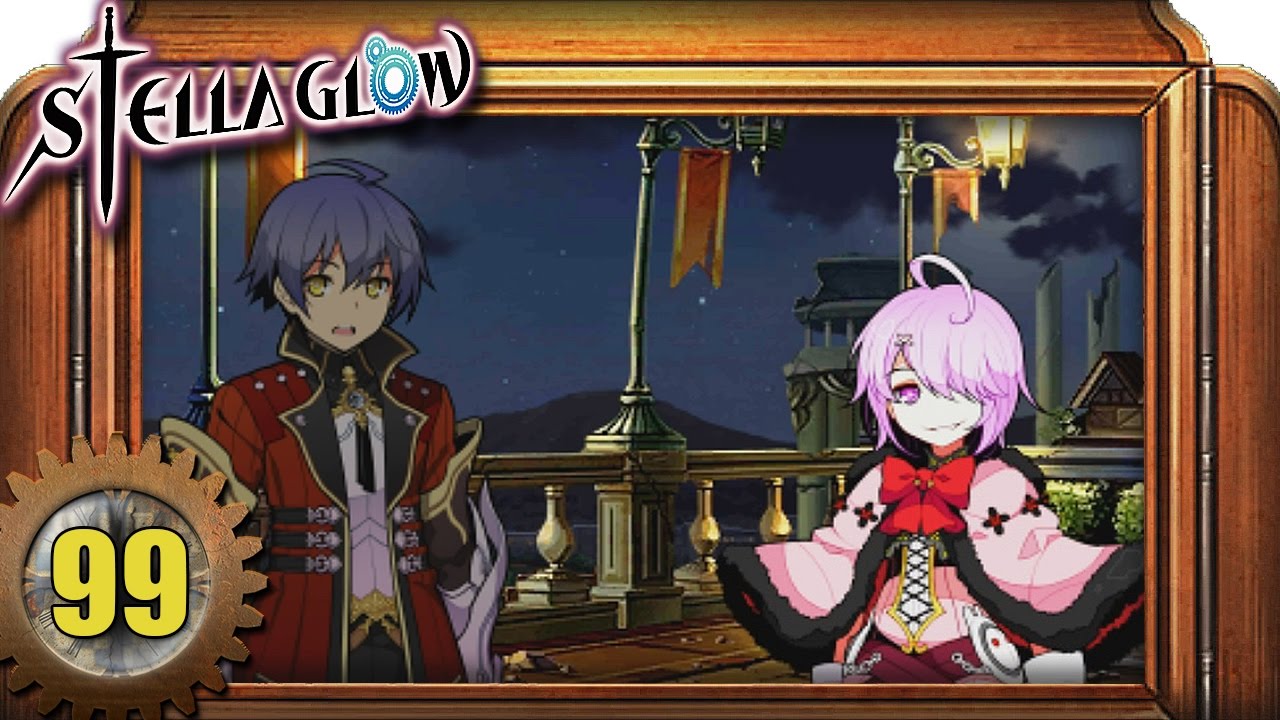 …Quite the large cast of playable characters, yes?

In all but the two story battles he’s not directly involved in, it’s instant Game Over if Alto falls. Some battles have additional ways you could lose such as anyone falling, a certain character being defeated or in one map’s case an enemy reaching a certain point.

With non-story battles, you can withdraw anytime a party member is having their turn. The reason to do optional battles is to level, earn money and get orb fragments. Battles that require Play Coins are harder but the rewards are greater in exchange. Unlike Story Battles, you can use whoever you want in optional battles. While leveling, I usually bring Lisette, Ewan or Popo who can all heal. When you level up, your HP and SP is fully restored so there’s that.

Be warned that if you retreat from a Play Coin Battle, you will NOT be refunded the Play Coins you used so be careful. With all battles, you can restart the mission from the beginning anytime or after you fail. A sound strategy if you want to change deployed party members.

The basic flow of the game after the First Chapter involves Free Time and Mission Time:

The pacing of the game’s story is akin to a Visual Novel.

About two thirds of the game is voiced as well. For those who might not know, funding for the game ran out right after it was completed. Thankfully, Sega stepped up and paid for the game’s release. Funding ran out after it was announced and this is why the 3DS Theme is exclusive to those who buy the game digital. The voiced dialogue is English but the songs are in Japanese.

The game does have 2 endings and it depends on a choice you’re given during the final battle:

I won’t say who the boss or second boss is for obvious spoiler reasons. It’s reccommended everyone be at or above level 45 for the final battles or you will struggle.

In addition to the main story ending, you will also be able to pick an individual ending with whoever you have Max Affinity with. As of this writing, I have seen four (Warning: Spoilers!):

When I see the other endings, I will update this post accordingly.

There is a New Game+. After you clear the game for the first time, Free Time Slots are tripled from 3 to 9 per session. This makes it possible to get Max Affinity with everyone in a single playthrough and is the ONLY way to get the Level 5 songs for all 5 Witches (You’ll be lucky to get just one on the first playthrough!). You wlill also have a passive increased EXP and Gold gain. The money you had whe you beat the game is carried over but nothing else.

A few tips to those willing give this game a chance:

It goes without saying I think very highly of this game!