Speaking of Sonic The Hedgehog: Remember the TWO TV Shows from 1993?

Yes, I said TWO. This is the first and longer of the two.

It held its own and like the just revealed Sonic The Hedgehog Movie, it didn’t take itself too seriously. Unlike the other TV series, this one was episodic and did not have a continuous plot episode to episode outside 2 part specials. Each episode also ended with “Sonic Says”, which is a short 2-minute segment providing a positive lesson for kids or promoting something positive.

The Adventures of Sonic The Hedgehog spanned 2 Seasons and lasted for 65 episodes. Aside from Sonic, Tails and Dr. Robotnik there no references to the video games. At the time it premiered, Sonic 3 was still in development at the time both series started airing but The Special Stage from Sonic 2 does make a cameo appearance in one episode. One of the aforementioned specials also features the Chaos Emeralds. Unlike the other show, this one was much more lighthearted and slapstick.

…If you wanna see the rest, you can either catch it on YouTube or watch it on Demand via Comcast/Xfinity.

Jaleel White–known at the time as Steve Urkel on ABC’s Family Matters during the early 1990s–voiced Sonic in BOTH TV series. This one aired weekly during the kids afternoon lineup at the time (who remembers that?) on UPN (now The CW). It was done in an effort to compete with FOX’s blockbuster afternoon lineup that included Mighty Morphin’ Power Rangers, Batman: The Animated Series, X-Men and Spiderman: The Animated Series. 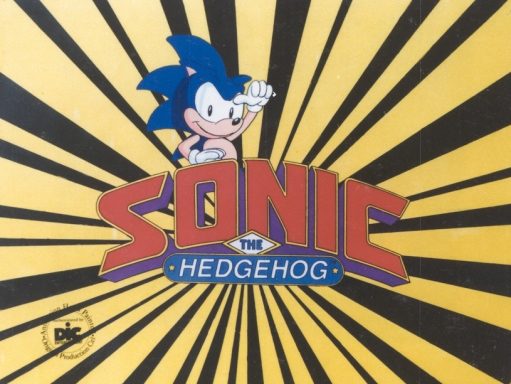 This one was clearly much darker than the other after the Pilot Episode (see below). Unlike the other show, this one followed a continuous plot episode to episode to tell a longer story. That said, it only lasted two 13-episode seasons (!). The story was continued via Archie Comics until the publication folded in 2013. Almost 20 years!

Here is the Pilot Episode aka Episode 0:

As you can see, The Pilot was pretty similar to the other show and that was not ok. It needed to set itself apart from the other TV show so a darker tone is set in the first episode. Tails is also demoted to a minor character unlike the other show in which he’s Sonic’s faithful sidekick.

Here is the first Episode:

You can see it’s quite the departure from the Pilot. Dr. Robotnik is far more sinister and the danger factor is much higher. As each episode played out, you got more invested in the story and the characters. It’s a real shame it only lasted one year (1993 to 1994) though the episodes aired two more years afterward in reruns. I did some digging around. The more I found, the more it’s a shame ABC cut it after just two short seasons. My guess is they felt it didn’t fit with the rest of their Saturday Morning lineup. That and they may have felt the other Sonic show on UPN was more popular since it aired more.

Clearly, Sega planned for this one to tell a larger story to fit with the network it would air on.  The backstory centers around Princess Sally Acorn, who leads the Freedom Fighters in their war with Dr. Ivo “Eggman” Robotnik. Apparently, Sally was actually planned to have a role on both shows but she was cut from the other show. By the way both shows take place on the planet Mobius but each version is very different. In this one Dr. Robotnik–then known as Julian–worked with Sally’s father, who was the king of Mobopolis.

After the war, Julian betrayed the king and took over Mobopolis, transforming it into Robopolis. Julian changed his name to Dr. Robotnik and used his “Roboticizer” to turn the denizens into emotionless, loyal slaves or soldiers. Even Sonic’s own family is effected: Sonic’s uncle Chuck, who served the king was transformed into a “metal” Sonic. Even crueler is the transformation was not complete. Robotnik allowed Sonic’s uncle to retain his memories just to lure him into a trap. The silver lining is The Freedom Fighters learned from that and one of their own it may be possible to change everyone back to their normal selves. Bunny Rabbot was Robotacized but only her lower body and right arm were transformed before the process was interrupted and she was rescued.

The slower storytelling and darker tone for a kids show were likely why it was pulled after 2 seasons. The story takes place in a dystopian, dark world where the good buys are outgunned and outnumbered. Their ace and best soldier has a huge weakness that’s a gag in the other show: Sonic is very impatient (“I’m waiting!”). In the show, Sonic can boost his speed and power with a Power Ring, which Sally possesses. Sonic’s uncle Chuck made it for him and it was a large reason why Dr. Robotnik betrayed King Acorn. He wanted the power for himself.

It’s worth noting at the time the second season ended, Sonic 3 (finally) was released. Hints were dropped there would be a tie-in along with the introduction of Knuckles and The Chaos Emeralds but we know that ultimately did not happen. When the story relaunched as a comic book series, the whole story is retold and fleshed out more to suit the slower pacing. You should be able to find digital copies online now adays. I did buy a few volumes during the late 90s myself but I’ll have to check and see if I still have them now that I’m thinking of it.

…10 years after these shows, Sonic X ran for a few seasons on Fox Kids to tie in with the Sonic Adventure games. Sega bowed out of the Console Wars a around that time and it also seemed to be the end of it. Fast Forward to Sonic Boom, which ran a few fews ago to tie in with the release of the video game of the same name. Most recently, there’s the moving coming later this year. Despite being 30 years removed from his heyday in both video games and pop culture in general, Sonic the Hedgehog shows no signs of slowing down.

2 Responses to Speaking of Sonic The Hedgehog: Remember the TWO TV Shows from 1993?