Confirmed: A Level Squish in World of Warcraft IS coming!

MMO-Champion picked up a story that first broke on Reddit. The thing is, proof was included in screenshots from a survey apparently sent out to some active subscription holders. 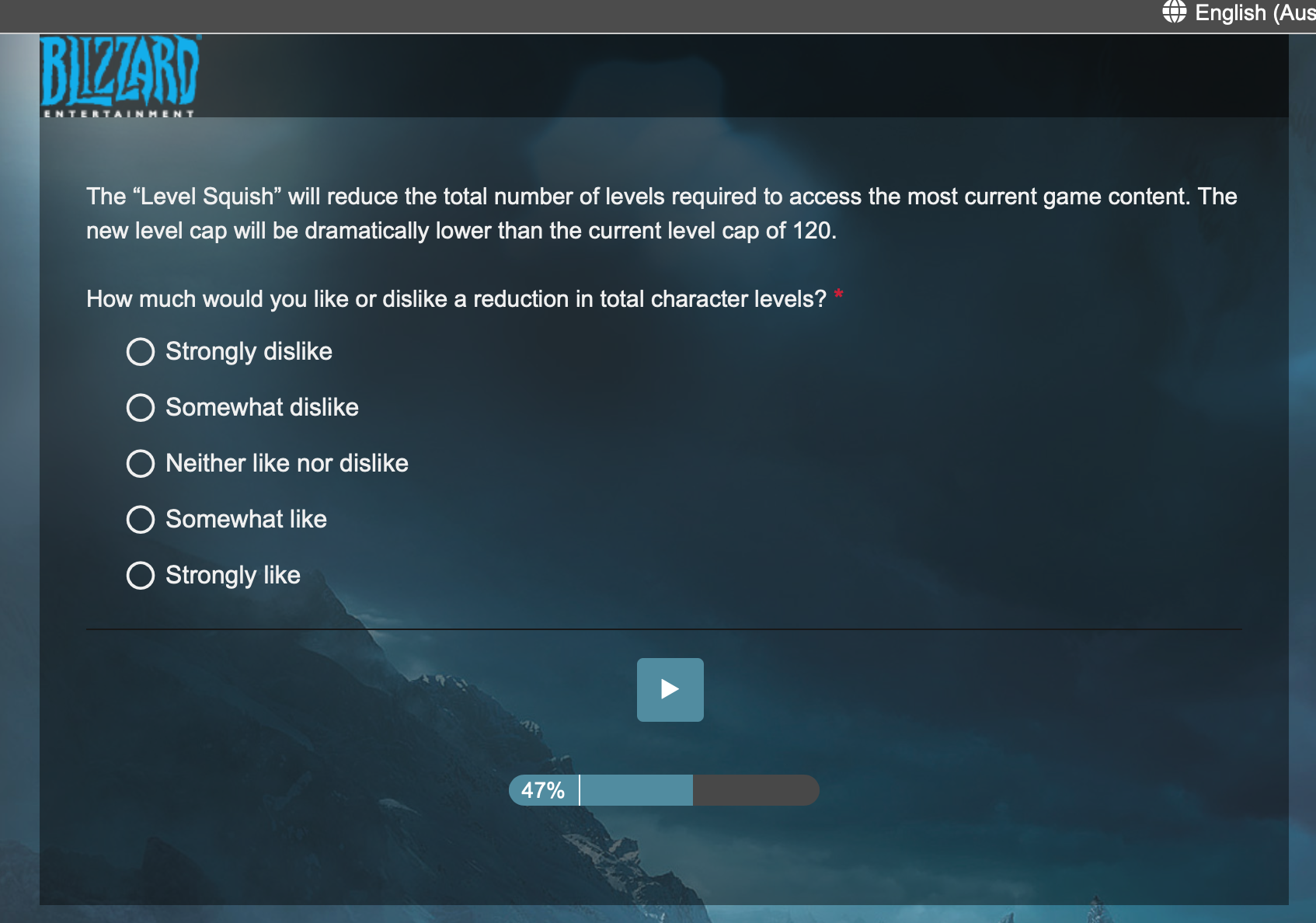 Blizzard hasn’t publicly commented on a Level Squish to come though MMO-Champion did refer to an interview  of some of the Devs talking about the pros and Cons of a Level Squish if they were to do it. It seems we now know they decided the Pros outweight the Cons and more so for Newer Players.

Either way some significant changes would need to be made since certain features are unlocked at certain levels. Here’s the current list of things unlocked at specific levels currently:

…That of course doesn’t account for Classes learning skills while leveling among other things. There’s also the fact Worgen, Goblins, Death Knights and Demon Hunters have unique starting experiences and in the case of the two classes, their talents are learned at different levels from everyone else. A lot will need to be adjusted for the Level Squish to work while also factoring Starter Edition Accounts (which are capped at 20).

Anywho, my running theory is the new Level Cap will be 60 or 80. I also think Starter Editon Accounts will be have their level caps raised to 25.

If the new cap is 70, here is how I think expansion content and a few other things could be introduced:

I factored PvE Talents. They would unlock every 10 levels. Dungeon Finder and Battlegrounds would still unlock at level 15.

Same idea as above in short. You can elect to level in the new expansion area to the cap or not in short. There would also be another EXP Squish as well to make it work. If the cap is UNDER 60…whew. I’ll leave that to Blizzard to figure out!