To the surprise of no one, a Sony executive stated in a recent interview there will be no successor to the Playstation Vita. The comments come during a year Nintendo is ramping up its gradual shutdown of their own handheld division. 30 years after the era of dedicated handheld game consoles took off with the original Game Boy, it’s fitting that the era would end with said console’s great-great-great-grandson (Game Boy Color, Game Boy Advance and Nintendo DS), the Nintendo 3DS.

The Sony Executive blamed the timing of the console’s release (2013) and the explosive popularity of mobile gaming as the reasons the Vita ultimately failed. The problem with that arguement is the Nintendo 3DS, which was released the year before did just fine for several years (but of course a Sony executive would leave that detail out, LOL). The Vita was a more powerful console compared to the 3DS–I owned both at the same time so I can say that–but the truth I lamented was Sony wasn’t willing to invest in it from the beginning, likely due to fears it would end up like the PSP (the most hacked and modded console in gaming history).

…So, the Vita is now a collector’s item. Me, I plan to buy two again once I have the money. Why? Because I bought a MASSIVE amount of digital-only games I liked first, I want to migrate some Save Data to my PS4 second it’s a fun console overall third. Who two? Because I have two 128GB PS Vita Memory Cards and they are both basically full that’s why. I definitely want to buy two in the next 2 or 3 years since already, it’s become a hard to find handheld outside Amazon or GameStop’s online store. 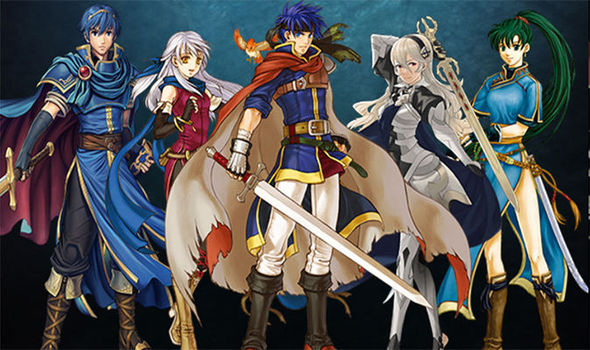 For those who might not know by now, the recently released Link’s Awakening remake on the Nintendo Switch was originally planned to be released on the Nintendo 3DS. Alpha Dream, the studio known for the Mario & Luigi games filing for bankruptcy last year changed things. Link’s Awakening was already late in its development at the time so it probably wasn’t too hard to move it to the Switch instead of the 3DS. It’s also easy to see Pokemon Sword and Shield had been planned for the Switch all along after Pokemon Let’s Go Pikachu/Eevee sold successfully. I can’t say I believe the series’ 2-game model for the main series Pokemon games on a Home console–technically the Switch is a Hybrid Console–is appropriate but clearly Nintendo was convinced with the Pokemon Let’s Go games it’s viable.

Anyway, among the games originally planned for release on the Nintendo 3DS that were cancelled was a Fire Emblem remake. The newest entry in the series, Fire Emblem: Three Houses was released on the Switch this past summer. Speculation has been rampant on what that cancelled Fire Emblem title may have been a remake of. Fire Emblem Echoes: Shadows of Valentia (2017) was a remake of Fire Emblem Gaiden (NES) which had never been released outside the U.S. before. Chronologically, it was the third game in the series but takes place between the first game (released in the US as Fire Emblem Shadow Dragon on the Nintendo DS) and the second game Fire Emblem Mystery of the Emblem (NES Japan Only, it got a Nintendo DS remake that was also Japan Only) which both have Marth as the main Lord. This is evidenced by the presence of four characters from the from Marth’s games in Gaiden/Echoes: Zeke and the Whitewings sisters (Est, Palla and Catria).

Most Fire Emblem fans agree the cancelled game was likely one of the three Fire Emblem games yet to get a remake:

Geneology of the Holy War spanned two generations with Sigurn as the main Lord for the first generation and his son Seliph the main Lord for the second generation. Thracia 776 featured Leif and takes place between the two generations of Geneology of the Holy War. Apparently, it was originally planned to be a part of said game then it was made a separate game entirely. Binding Blade was actually the sequel to the game that would come after it, Burning Blade/Blazing Sword. Said game was released in the US as Fire Emblem on the Game Boy Advance (without Burning Blade/Blazing Sword part, just “Fire Emblem”) because it was the first-ever Fire Emblem game released outside Japan as a market test. Nintendo was taken off guard by how MEGA popular the game was and it actually became hard to find a physical copy after the first two years.

Super Smash Bros. Melee (Gamecube) featured Marth from the first game as well as Roy from Binding Blade, which was the most recent Fire Emblem game released at the time. This was the other reason Nintendo of America considered releasing Binding Blade for the tie-in but decided not to because they felt American gamers would find it too difficult. The followup game (Burning Blade/Blazing Sword) was chosen instead for market testing outside Japan. 18 years later, Fire Emblem fans are STILL asking “is Roy in this game?” every time a new entry in the series is released and quickly disappointed to find the answer is no. Roy does have an Amiibo for the 3 recent Super Smash Bros. titles (Switch, 3DS and Wii U) and is also part of one of the guest teams in Fire Emblem Awakening though. He, along with the other Fire Emblem Amiibo characters can also be summoned in Fire Emblem Echoes. 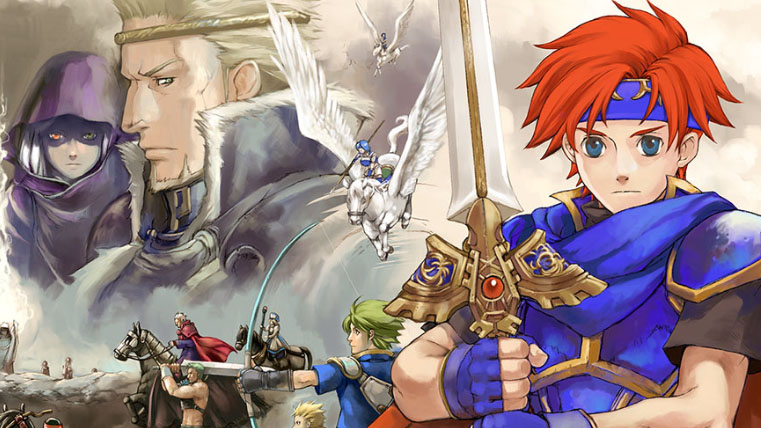 Speculation is rampant the cancelled Fire Emblem title was likely Binding Blade. I played it about 15 years back on an emulator on my computer with an English patch. I have also played Thracia 776 and Geneology of the Holy War (also with an English patch). Of the the three, Binding Blade simply makes the most sense because of the demand for Roy’s game in the US going on 18 years alone now. It’s a MASSIVE game in and of itself and a 3D remake on the Switch will be even more interesting to see.

We could certainly find out for sure what the cancelled was for sure sometime next year if not if it will be released on the Switch. My money’s on that game being Binding Blade obviously. Bookmark the Fire Emblem fansite Serenes Forest, which is sure to be one of the first to break the news!