…To think just 20 years ago there were just 151 of them. Now I find out the 7th Gen’s coming this holiday season?!

Honestly, I had a list of like 30 but I managed to bust it down to just my first 10. LOL. Without further ado, here go:

“It was created by a scientist after years of horrific gene-splicing and DNA-engineering experiments. A Pokémon created by recombining Mew’s genes. It’s said to have the most savage heart among Pokémon. Mewtwo is a Pokémon that was created by genetic manipulation. However, even though the scientific power of humans created this Pokémon’s body, they failed to endow Mewtwo with a compassionate heart.” ~ Pokedex Enteries from Y, X and OR/AS 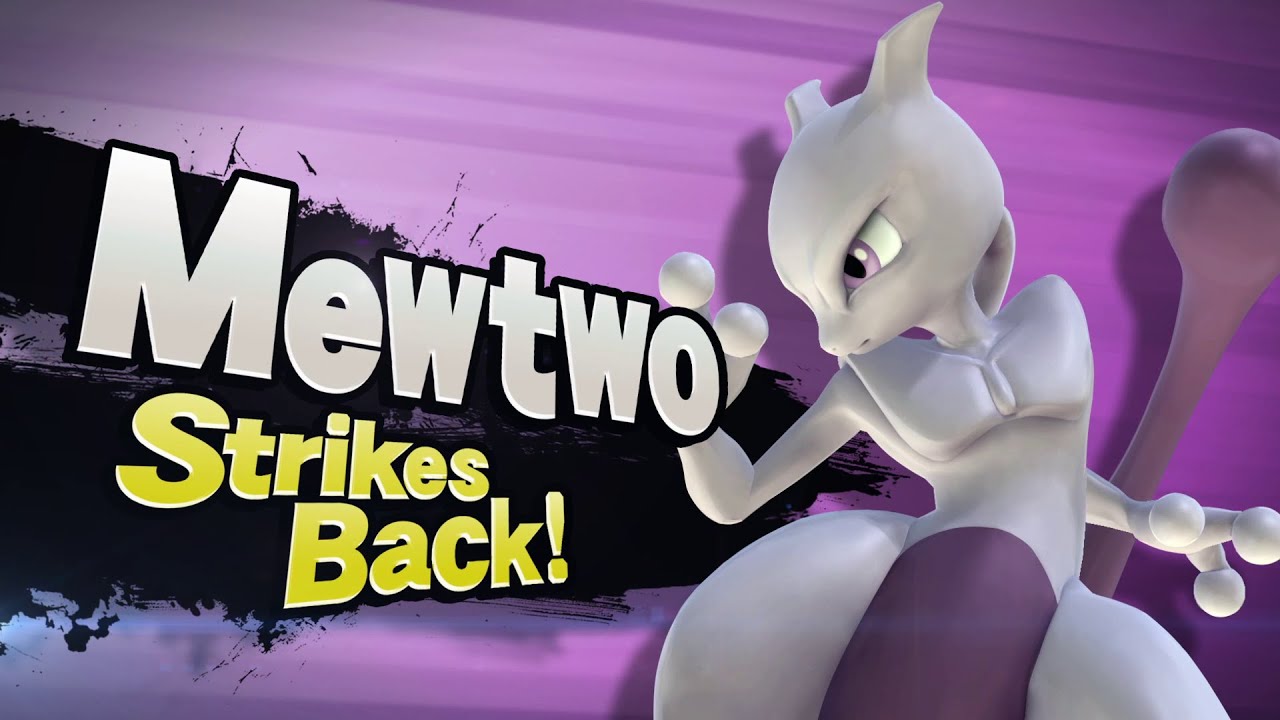 …Shouldn’t be a surprise to ANYONE LOL Did you know Mewtwo is the only Pokemon with an actual birthday?! It’s February 6. I was reminded of this when it was trending on Facebook! If we go by the English release of Red and Blue, Mewtwo is now 20 years old. By Japanese release he’s 21: Old enough to buy a drink if he wanted to XD

Mewtwo, like Charizard is a playable character in two of the Super Smash Bros. games. Mewtwo was an unlockable character is Melee (Gamecube) but was noticably absent from Brawl (Wii) despite being the only non-clone fighter from Melee who didn’t make the cut (Pichu, Dr. Mario and Roy were cut too buy Roy and Dr. Mario returned in SSB4). Mewtwo makes his triumphant return in SSB4 for the 3DS and Wii U (I have the 3DS version) but as a DLC character. Mewtwo’s Final Smash has him Mega Evolve into Mega Mewtwo Y and inflict massive damage.

In the video games, Mewtwo is found in the Cerulean Cave, most historically known as The Unknown Dungeon in Kanto. Getting into the cave requires becoming the Pokemon League Champion.  Once you find Mewtwo, you will fight him at level 70. Those who paid attention might remember getting a Master Ball during their journey across Kanto. The Master Ball is 100% guaranteed to catch any Pokemon without fail but here’s the catch: You only get one. The obvious question to be asked is what Pokemon to use it on. Now, if you used it before meeting Mewtwo, you must catch it the old fashioned way. Mewtwo knows Swift, Recover, Barrier and Psychic.

…Since I’m feeling generous, I’ll tell you how to do it: Bring a level 67+ Electrode that knows Screech and Explosion and a Level 70+ Hypno or Exeggutor that knows Hypnosis and Disable (both learn both moves). You will also want to bring some stat boosting items that are used during battle (bought in Celeadon City, 5th floor), X Accuracy, about 30 Ultra Balls and 10+ Revives. Send out Electrode first and immediately use Screech to drop Mewtwo’s Defense two levels. Use Explosion on your next turn. It will cause near-fatal damage to Mewtwo. Send out Exeggutor/Hypno next and use Disable if Mewtwo’s last move was Recover or Psychic. This is just to buy you a few turns. Use X Special a few times so Mewtwo’s Psychic isn’t lethal or near-fatal per hit. Next, use X Accuracy and then Put Mewtwo to sleep. If Disable wore off, use it again here. If Mewtwo’s health isn’t critical, bring it down without switching Pokemon since the stat boosts would otherwise wear off. If Mewtwo wakes up, put it to sleep again: It will automatically use Struggle when it exhausts its moves, which causes damage to the user at the same time. Once Mewtwo is asleep and critical, start chucking Ultra Balls and cross your fingers!

Folks have NO CLUE how much Mewtwo’s existence forced The Pokemon Company to change the game in the Second Gen (Gold, Silver and Crystal): The Special Stat was split into Special Attack and Special Defense, Psychics got a true weakness in Dark Types and new Poke Ball types were also introduced based on the situation or Pokemon. To say First Gen Mewtwo was OP is an understatement.

…This concludes my top 10 favorite Pokemon. I don’t know if it will change with the 7th gen but as you can see, none of the 5th gen Pokemon made the list. LOL.