The game that started it all.

Originally released on the Sega Genesis/Master System back in 1991, the original Sonic The Hedgehog has been ported to later video game systems usually bundled with other Sega Titles. The 2007 remake Sonic The Hedgehog Genesis for the Game Boy Advance inluded Spin Dash, a series staple Sonic would get in Sonic 2.

Like his Nintendo counterpart and longtime rival Mario, Sonic’s design is unchanged even after the jump to 3D. The original game was what could be called a complete package: Full levels? Check. Annoying but engaging boss? Check. Special Stage with very specific access requirements? Check. A KILLER soundtrack the console would come to be known for? CHECK!

On that note. Only two video game soundtracks are more universally known than the Green Hill Zone’s track, both owned by Nintendo: World 1-1 from Super Mario Bros. (#2) and The Overworld Theme from The Legend of Zelda (#1). 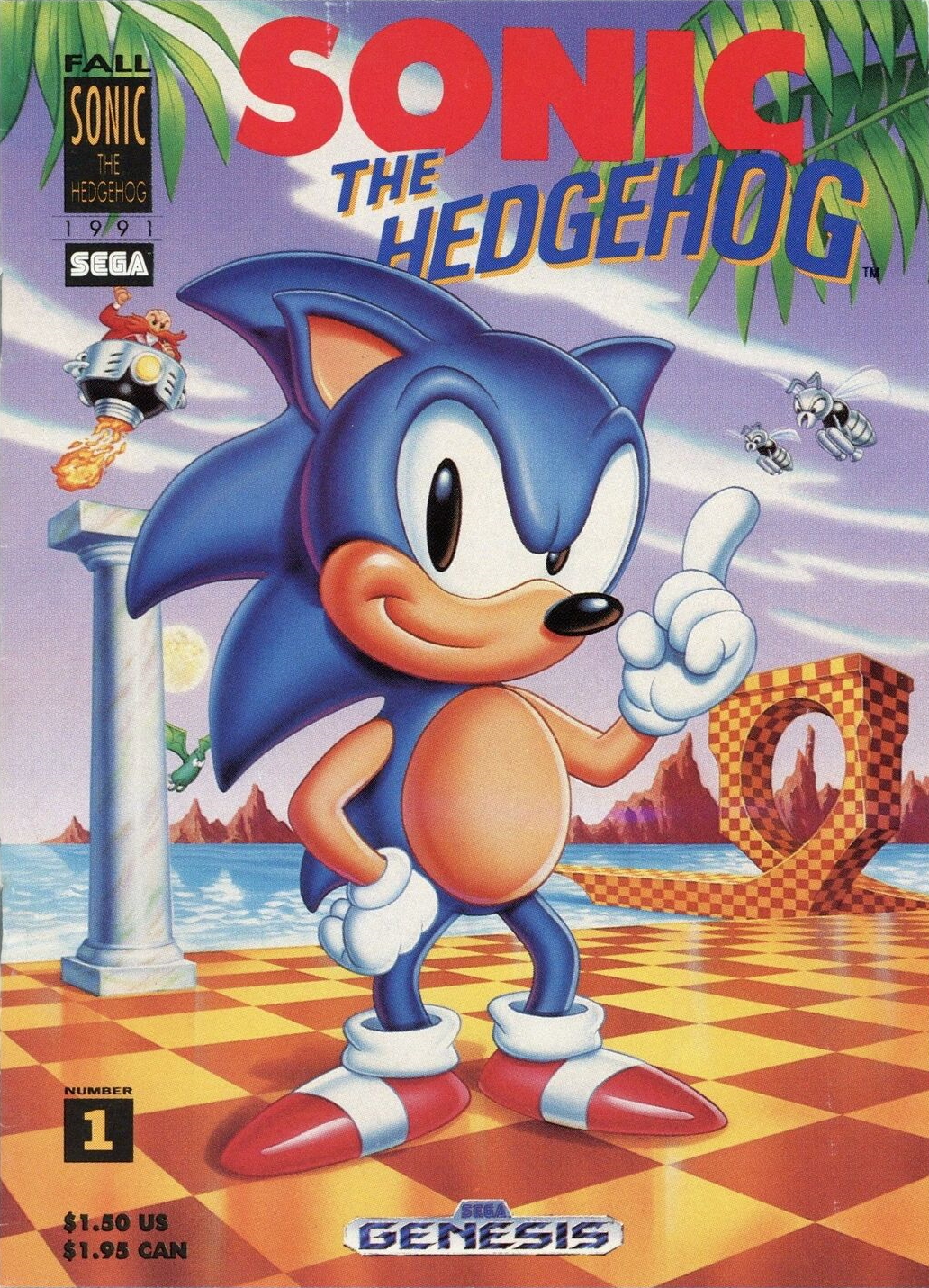 The first Sonic The Hedgehog game was and is considered one of the most complete games ever released at the time. Not too hard but not too easy either. It was somewhere in the middle compared to its three sequels which were considered easy (Sonic 2), hard (Sonic 3) and very hard (Sonic & Knuckles).

One big aspect of the game that set it apart from the Mario games at the time was the game’s faster pacing. In fact, you had exactly 10 minutes to finish each level. Another thing that set it apart was collecting Rings actually had a purpose: As long as Sonic had at least one ring, he would not die if he ran into hazards or was hit by something. Speaking of. Unlike Mario, Sonic can’t breathe underwater. If Sonic is underwater for too long, he would drown. To avoid this, you had to either get out of water or use air bubbles to breathe. This was unheard of back then.

The game’s main antagonist is Dr. Ivo Robotnik. He’s looking for Chaos Emeralds and is enslaving critters in his robots to help him find them. As Sonic, you must free the animals and foil the evil scientist’s schemes. You will face Dr. Robotnik at the end of each level’s third act. At the end of the first two Acts you can enter the Special Stage where a Chaos Emerald awaits you. If you fail to collect all six Chaos Emeralds, Robotnik will be shown with the ones you failed to get at the end of the game’s credits.

Outside that, The Chaos Emeralds serve no purpose in this game. Sega may have planned to introduce Super Sonic in the first game but like the recently released movie, they changed their minds and pushed that to next game in the series, Sonic 2. Well, that and Sonic DOES need 7 Emeralds to transform. Quick trivia question: Which of the Emeralds is not in this game?

Before I move on, I will give this piece of gaming history a 10/10 and it is TIMELESS. It is also in the Video Game Hall of fame. I forgot to mention that but it is. The game’s been ported to so many platforms now, it’s not hard to find despite being almost 30 years passing since its original release. 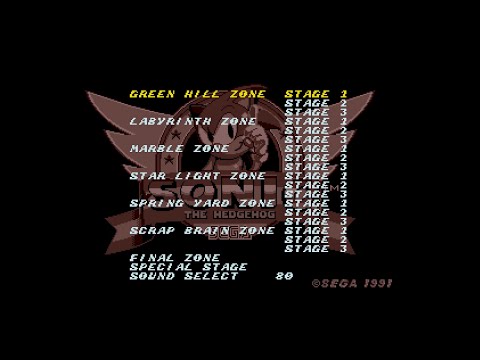 Yes, there is a Level Select Code. No third party devices required! On the Title Screen quickly tap Up, Down, Left and Right on the directional Pad. You should hear a confirmation chime. Hold the “A” Button (or whatever button/key you assigned to be the “A” button from a Genesis Controller) and press Start to open the Level Select Menu. Heh, I remember using the Level Select code in a Toys”R”Us back in 1992 right after a kid finished playing the game. His jaw hit the floor when he saw me skip to the final level and beat the game in 5 minutes. I did it again in 1995 with Sonic 2. LOL. 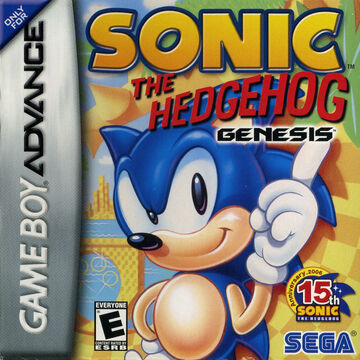 I mentioned it before but the game DID get a remake 15 years after the original. Sonic The Hedgehog Genesis was released on the Game Boy Advance to coincide with the 15th Anniversary of the original game. You can opt the play with the Spin Dash enabled or disabled on that note. Aside from that and being portable, it’s basically the same as the original game.

Sonic 1 and many of the Genesis’ most known games were ported to later consoles starting in the early 2000s, almost always as bundles. I have the Sonic Mega Collection for the Gamecube as well as The Sega Genesis Collection for the PSP which both include Sonic 1.

…Of course I’m going to also mention the just released movie. Second time was the charm as Paramount Pictures pushed back the movie’s release by 3 months so they could redesign Sonic after the original look was poorly received. I recently saw it myself and it has me very excited about the sequel to come. I just reviewed it in the post before this one so check it out if you haven’t yet ^_^